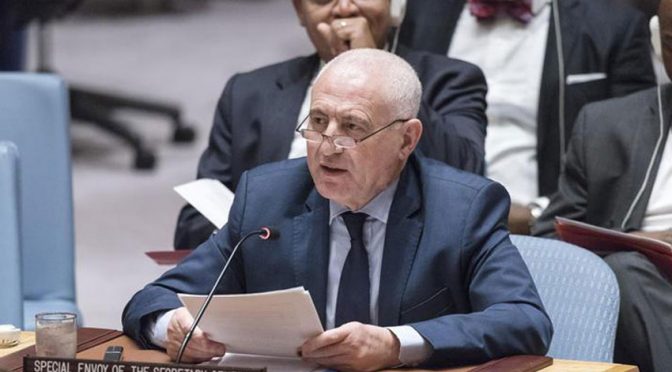 The surge in illegal armed groups is a ‘persistent threat’ to Africa’s Great Lakes region, according to the United Nations envoy for Africa’s Great Lakes region, who encouraged the countries of the region, and the United Nations Security Council, to help strengthen the fight against illegal armed groups in the Democratic Republic of the Congo (DRC) and its neighbours.

“The persistent activities of illegal armed groups remain one of the main threats to the security of the population and the stability of the DRC and the region,” said Said Djinnit, the Special Envoy for the Great Lakes Region told the Security Council this afternoon.

He said there is a need to boost efforts to neutralize these armed groups, including the Democratic Forces for the Liberation of Rwanda (FDLR) and the Allied Democratic Forces (ADF), building on the progress made so far by the Congolese armed forces (FARDC) with the support of the United Nations Organization Stabilization Mission in the DRC (MONUSCO).

“In this regard, it is important to further strengthen cooperation between these two forces. It is also important, as underlined by Security Council resolution 2348, that the Intervention Brigade, with the support of MONUSCO as a whole, increases its offensive operations against these armed groups,” he underscored.