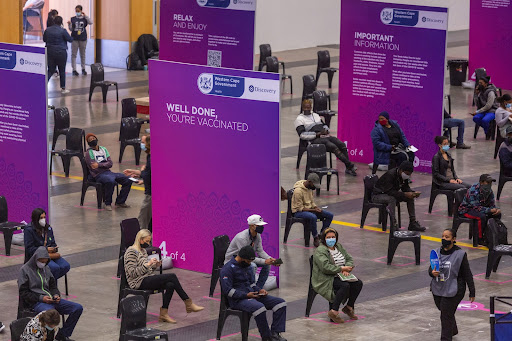 An analysis of wastewater indicated that the coronavirus cases in South Africa are beginning to climb the positivity rate, with many areas reporting a consistent prevalent graph. This was further supported by a total of 887 confirmed cases over a 24-hour time frame on 20th November.

Adding to this spike, 21st November witnessed the Covid-19 positivity rate to be 3.4% of the total tests performed. This is the highest proportion of people across South Africa testing positive for Covid since 26th September. The spiraling cases came to light after the National Institute of Communicable Diseases mentioned that the Covid-19 incidents were increasing in wastewater samples in one of the most populous zones, Gauteng of South Africa.

NICD’s acting executive director, Adrian Puren in his official statement said “Localized increases in case numbers (clusters) are not unexpected. However, it is hard to say whether the increases indicate the start of a widespread resurgence.”

While almost 60-70% of South African adults are fully vaccinated and there are higher chances they were already affected by the virus, still the scientists claim a fourth wave, although less severe, would be inevitable in December.

In July, South Africa went through the worst wave it had experienced with coronavirus before with almost 20,000 confirmed infections.

And, now South African hospitals are again witnessing the return of Covid patients. This surge demands a faster vaccination drive to ensure that the fourth wave doesn’t cause higher hospital admissions.