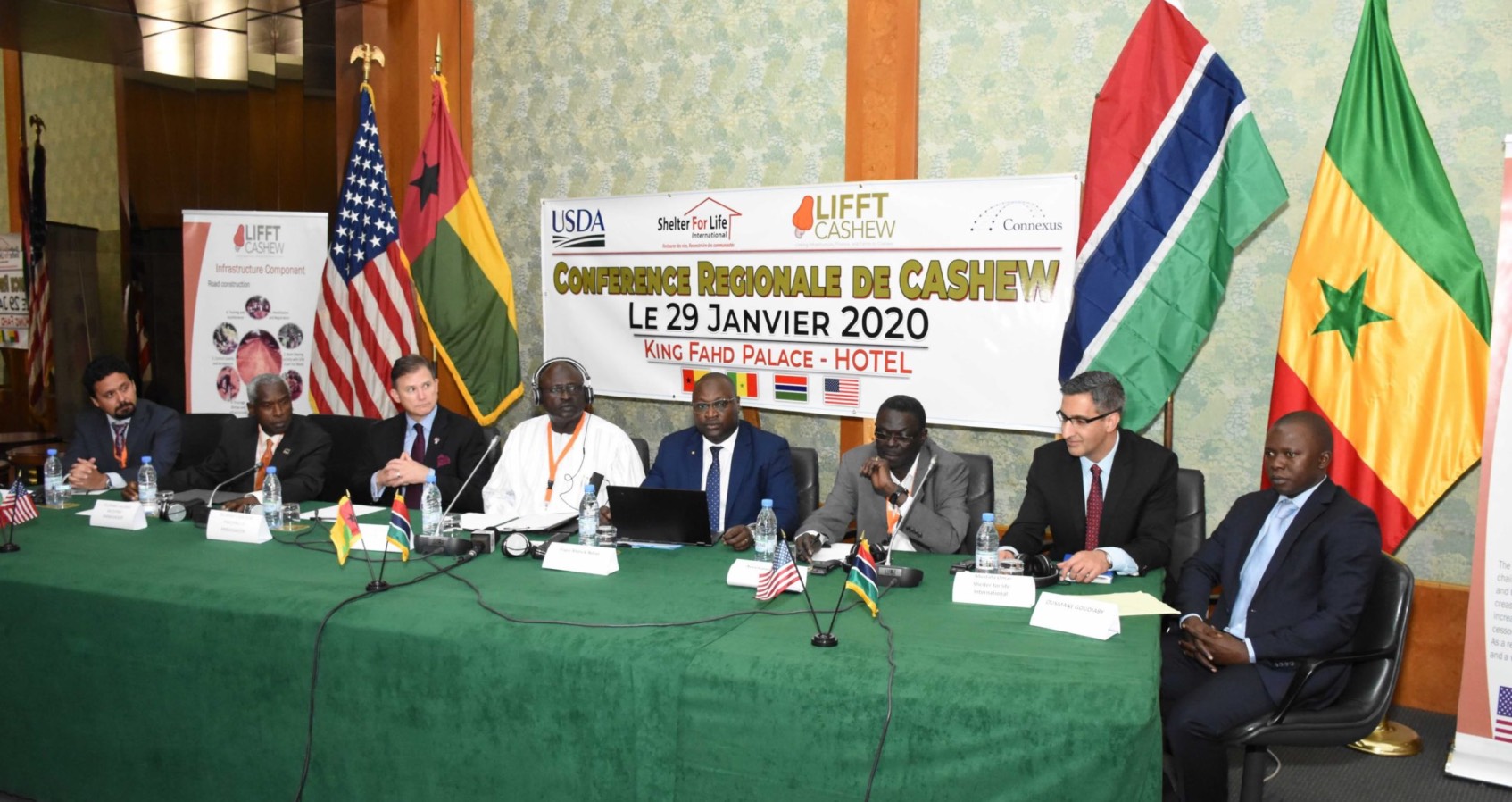 A $38 million, the six-year initiative will be implemented in Gambia, Senegal and Guinea-Bissau by the United States Department of Agriculture (USDA), Food For Progress (FFPr) Regional Cashew Value Chains Initiative (RAC) to increase the exchange of Caja cassava processed in local and international markets. The USDA Cashew Cash Food for Progress, which was also called Linking Infrastructure, Finance and Farms to Cashews (LIFFT-Cashew), hosted a ceremony of launch in the Gambia, by R. Carl Paschall, Gambia’s Ambassador for Trade, Regional Integration, Industry, and Employment, Lamin Jobe.  The lance event discussed the regional integration of the cashew value chain, which was attended by numerous government officials and private sector leaders from Gambia, Senegal and Guinea-Bissau. Ambassador to The Gambia, Richard Carlton Paschall III and the U.S. Tulinabo Salama Mushing, Ambassador to Senegal and United States Ambassador to Guinea-Bissau. Both US Ambassadors stressed the need for the three countries to work together. The importance of providing producers and processors with the opportunity to boost economic development and working together to satisfy the needs of local and international markets was highlighted by Ambassador Paschall.

In his remarks, Ambassador Paschall said: “I believe that government policy that encourages market-led development and regional integration of the cashew sector, through the private sector, is critical to integrate the cashew value chain and achieve the project’s goal.  This will help stimulate economic development and incite the creation of jobs here in the region by meeting market demand requirements.” Ambassador Mushingi echoed this message by reciting the well-known proverb: “If you want to go fast, go alone. If you want to go far, go together.”  In turn, the government representatives of the beneficiary countries stressed the importance of adding value to their region’s cashew sector, as only approximately 5-6 per cent of their produced cashew nut is processed locally.  Facilitating the processing of cashew nuts within the region will create new jobs and increase incomes, attract more investment to the cashew sector, and create sustainable socio-economic development.

The workshop participants discussed key issues for the cashew sector following the opening ceremony, including access to finance, market links between cooperatives and processors, organic certification and government strategies to facilitate regional integration. During the group breakout session, the regional integration and role of the three governments to support the cajak value chain actors was discussed by government officials.  The private sector group, made up of farmers cooperatives, processors, investment partners and financial institutions, discussed their challenges and opportunities, the importance of linking the value chain actors to their government’s support of collective sales, processing and exports. The LIFFT-Cashew project will continue to cooperate with these private sector participants and government officials, paving the way for increased regional integration and the increased trade in processed cashew.