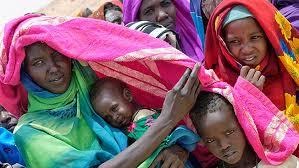 With the growing trend of world population, it is expected to surge by one third in just the next two decades, crossing the 9.5 billion mark by 2050, suggests some revered demographers. While the rise in population stays exponential, the remarks of Elon Musk on the declining birth rate and the loss of civilization seems to let most ponder and dwell on the question of whether the world really outruns its resources owing to population or, it will eventually start decreasing.

A demographic study in the United Study has also highlighted that 1 in 4 people on the planet would be an African. This means the earth will have a quarter of African people, while Asia contributes another 900 million people to the world, followed by South and Central America.

If the statistics are to be considered in terms of population growth and compared with the earlier projections, it actually reflects a slowdown, noting that one 2 billion people were added in 1990, followed by one billion people added to the world since 2003.

This slight declining trend is however expected to continue for the next decades considering fewer families are planning to have fewer children. While the decline of children per household will continue for decades, the world population would climb for the timeframe, with most contribution from the less developed countries, where the birth rate still remains high or consistent.

According to the world demographics, there are nine countries that account for half of the planet’s population and they are all from Asia and Africa- India, Pakistan, Nigeria, Ethiopia, Democratic Republic of Congo, Indonesia, Tanzania, Uganda.

With the level of population contribution from the African continent, the demographics in the continent would form a principal determinant of which trend would the world population undertake in the 21st century. This increasing or decreasing trend in the coming years is directly connected to the climate crisis in the world.

This also connects the Elon Musk statement, which is not original in its narrative and was also echoed by Dr. HB McKlveen, who alarmed the world of depopulation of the civilised nations in his Journal. It highlights the demographic crisis and its connection with human resilience and adaptability, especially when crises such as the black famine or the recent pandemic hit the globe.