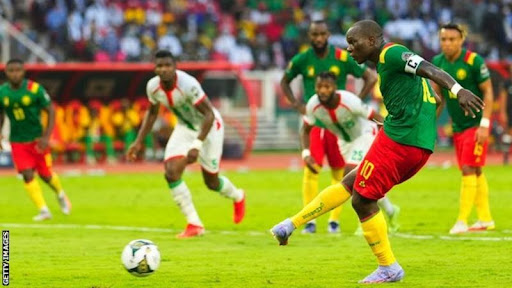 In the opening match at AFCON 2021, Cameroon gave an extraordinary game by defeating Burkina Faso by 2-1. Gustavo Sangare brought Burkina Faso ahead of the game during its midway in the first half, but it was the two unerring penalties before halftime from Caption Vincent Aboubakar that shifted the game to the favour of the hosts.

Cameroon, delighted at the victory, opened their group A match with triumph and Toni Conceicao’s team. After the neck-to-neck game and the indomitable lions swaying the cup’s first match, Monday will witness four matches with the highlight drawing on the four-time champions Ghana and 2019 running up Senegal.

AFCON 2021 is organized in 2022 considering the delay caused by the coronavirus outbreak. However, a colourful and ecstatic opening, as well as the first match of exhilarating competition, gave this series an amazing kick-start.