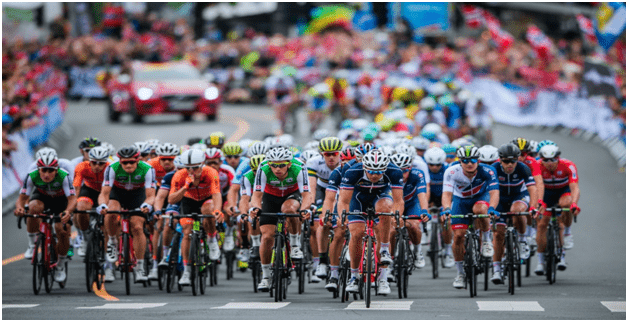 Africa is going to be hosting the next Road World Championships in 2025. This announcement has been made by the Switzerland-based world governing body for sports cycling competitive events, The Union Cycliste Internationale (UCI). UCI is already hoping that the event is going to be great as the sport consists of gender-neutral cycling road races for all ages, in African countries. Also, it will be the first time as Africa will be the final continent to host the championships. two cities of Africa, Tangier (Morocco) and Kigali (Rwanda) have already sent paid bids for their slots and are going head to head for the hosting privilege.

The New Times Rwanda posted on Twitter that “The Union Cycliste Internationale (UCI) has encouraged African countries to submit bids to host cycling’s flagship event in 2025. The UCI hopes to see Africa host its first UCI Road World Championships in 2025, a landmark event in cycling’s history.” Now the final decision will be made in 2021 as Covid19 has restricted UCI from visiting both countries.