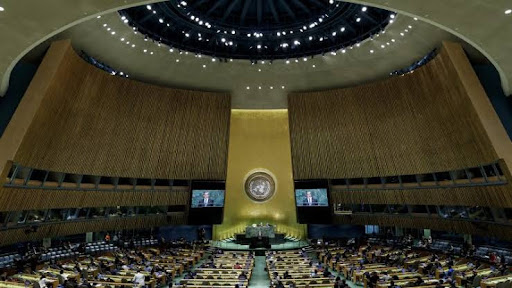 World leaders at the U.N. General Assembly Tuesday sounded the alarm over vaccine shortages and how the COVID-19 pandemic has threatened economic recovery and widened inequality across the globe.

Secretary-General Antonio Guterres rang the alarm in his annual state of the world speech at Tuesday’s opening of the U.N. General Assembly’s annual high-level meeting for leaders of its 193 member nations.

“We can and must do more to speed up vaccine distribution in Africa. Doing so benefits the entire world. The positive steps from various partners and companies toward building local vaccine manufacturing capacity is also very welcome.” Paul Kagame, the Rwandan president, told the assembly in a pre recorded speech.

For Zambia’s new president Hakainde Hichilema, “it is the duty and, indeed, responsibility of all of us in the global democratic community to make democracy work for all our people. We can do this by delivering democracy dividends through accelerating economic development, balanced distribution of resources among our people and our people accessing opportunities for a better life”. This was Hichilema’s first address to the UN general assembly as president.

Brazil’s President Jair Bolsonaro issued a defense of his administration, rebuffing criticism of its handling of the pandemic and touting recent data indicating less Amazon deforestation.

He said his government supports vaccination, but not vaccine passports or mandates, and doubled-down on “early treatment” drugs such as the antimalarial hydroxychloroquine, without naming the drug.

“Rich countries for life saving vaccines for poor nations wait for triggers. They now talk of booster shots, where developing countries consider half doses just to get by. This is shocking beyond belief and must be condemned for what it is: a selfish act that can neither be justified rationally or morally,” said Duterte in a pre recorded speech.

Last year, no leader showed up in person because of COVID-19, but this year despite the pandemic still raging, over 100 heads of state and government and several dozen ministers are slated to speak from the General Assembly podium during the high-level meeting which ends Sept. 27.