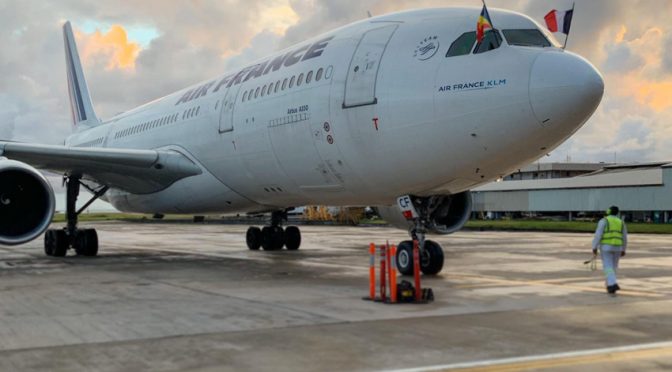 Liberian president George Weah validated the forthcoming return of Air France flights to the West African country. He stated that he was excited to announce the return of Air France to Liberia. The president tweets on Twitter: “I am excited to announce the return of Air France to Liberia. This is a testament of the measures we have put in place to promote a conducive business climate – wherein we can attract more businesses and investments to Liberia.” He introduced that the expected move in 2020 used to be an affirmation of deepening relations between the two countries and that “Liberia is open for business.” Air France quit the Liberia route 5 years ago due to the terrible nature of the runway at Monrovia’s Roberts International Airport, RIA and outbreak of Ebola in West Africa at the time.

Transport minister was quoted in a local news portal as confirming that the French national carrier was set to return and the Roberts International Airport is going to be the new destination in the beginning of 2020. Therefore, the process of upgradation of the RIA  and the construction of a new terminal is a priority of the erstwhile Sirleaf administration. There was no major development of terminals since 1970.

Recent data indicate that only SN Brussels, Royal Air Maroc and other intra-African carriers are on the go route.  Liberian president George Weah asked his Ethiopian counterpart to become an aid to Ethiopian carrier to resume flights to Monrovia.