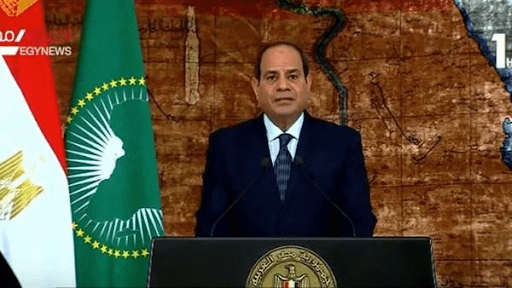 In its 1st virtual event, Afro-media reviews with the AUC experts the strategic plan for economic integration on the continent.
Spread the news

The 1st activity of the Initiative “Afro-media” Media will be launched today, Monday, entitled “The role of the Free Trade Zone in achieving economic integration and expanding investment in Africa”. The initiative targets Egyptian and non-Egyptian Arabic-speaking African media professionals with the purpose of coordinating efforts between the competent authorities to study and develop Egypt’s media message about Africa, as well as to foster the right mental image of the African continent within the State  institutions and among those working in the State’s administrative apparatus, which is what the political leadership of President Abdel Fattah al-Sisi seeks to achieve through Egypt’s Vision 2030.

The initiative will host Minister Plenipotentiary Fadel Yacoub, Head of the Economic and Commercial Office of the Egyptian Embassy in Addis Ababa, Dr Hussein Hassan Hussein, Ag. Director of Trade and Industry at the African Union Commission, in addition to Dr Samar El-Bagouri, Professor of economics at the Faculty of African Postgraduate Studies at the prestigious Cairo University.

The Minister Plenipotentiary / Fadel Yacoub stated that Egypt was one of the first countries to present its schedules of commitments to the AU agreement. He also mentioned the importance of this event attempting to deepen the understanding of the target group, “media professionals and journalists,” about Egypt’s status in the free trade agreement.

From his side, Mr. Hussein Hassan applauded the initiative and expressed his expectations for the desired impact of the initiative, saying: “It is a step on the right path. Such initiatives should be operationalized among school and university students as one of the mechanisms for deepening their understanding about African relations to form their cultural background, raise their awareness and build their sense of belonging. This initiative will achieve great outcomes, at multiple levels. It deserves to be expanded on a national level given its impact on raising the awareness of the man on the street regarding his African identity.”

El-Bagouri also added that we must create mechanisms to engage university students in implementing the agreement through participatory leadership, based on their own conceptions on the mechanism for operationalizing the agreement. This is after deepening their awareness of the importance of the African Free Trade Agreement and of its direct and indirect economic impact on Egypt.

Mr. Ghazali, founder of the initiative, added: “The media professionals and journalists represent one of the means entrusted with raising awareness about the African Free Trade Agreement file among the grassroots.”

Ghazali concluded by stating that the session is held to give effect to the African Free Trade Area Agreement, which aims to reach an integrated, prosperous and world-class Africa in the international arena as referred to in Africa’s Agenda 2063. According to the statements of economic experts, the trade agreement will contribute effectively and significantly to the comprehensive development of Africa by providing new job opportunities and support for small and medium enterprises, in addition to its desired role in attracting and expanding investment on the continent.

It is worth noting that “Afro-media” is a new initiative seeking to become a media bridge between the Egyptian people and the rest of the African peoples, by introducing the efforts of the Egyptian state to develop the African continent at the present time, as well as attempting to reflect Egypt’s African face.