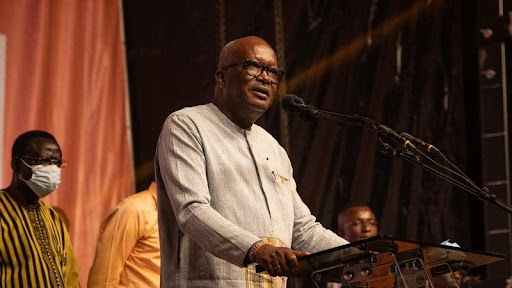 West Africa as a whole has been struggling with the terrorist attacks by groups linked to ISIS and al-Qaeda. Amid the escalating crisis of security pertaining to such attacks, Burkina Faso President Roch Marc Christian fired the Prime Minister of the country Christophe Joseph Marie Dabire.

The ongoing security crisis in Burkina Faso led to protests on the streets that demanded resignation from the PM. Burkina Faso is one of the poorest countries in Africa and has been a victim of terrorist attacks since 2006. This long-standing crisis has killed over 200 people in the country and left millions homeless.

The last straw spiked anger in the general public when a group of terrorists waged an attack that killed 49 military police officers and 4 civilians. Owing to the escalating terrorism incidents, the President of Burkina Faso received a resignation letter the decreed that “the duties of Prime Minister Christophe Joseph Marie Dabire are terminated”.

In an effort to contain the terrorist acts in Burkina Faso, the country witnessed an anti-government protest in Ouagadougou. The current government’s secretary-general Stephane Wenceslas Sanou said that while the PM is relieved of his duties, the government will remain in the caretaker capacity for the country.

Burkina Faso sits in the heart of an extremist uprising that has also affected a large section of nearby regions such as Niger and Mali.