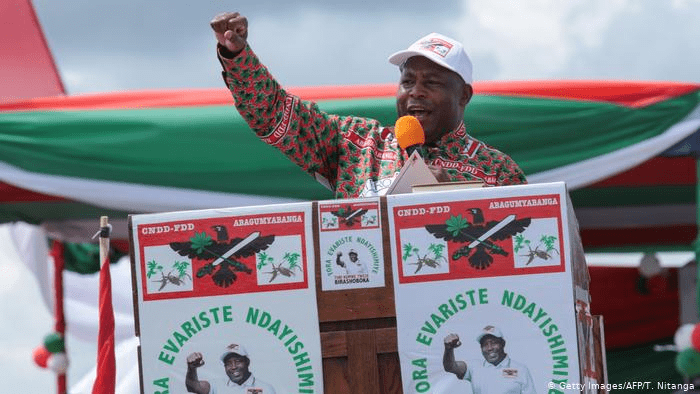 The electoral committee of Burundi has named the presidential candidate of the ruling party Evariste Ndayishimiye, accused of mourning the country’s biggest opposition challenger. Electoral committee The retired General of the army Ndayishimiye won 68.72% of votes last week, whereas Agathon Rwasa, the leader of the opposition, won 24.19%, according to the Commission on Monday. 88% of the population was interested. Because Ndayishimiye received over 50% of the votes, a runoff had been avoided.

The leading CNDD-FDD party picked Ndayishimije as its successor to outgoing President Pierre Nkurunziza, who, in the last election of 2015, provoked political chaos, violence and opposition boycott by a controversial decision to pursue a third term. The party has boycotted the announcement of results because it could not “back up the farce,” repeating allegations of “mass fraud” during the election on Monday and the counting process, Therence Manirambona, spokesman for the National Council of Liberties (CNL). “We have all the evidence and real figures from the elections.

Before the results of the official, Rwasa was allegedly foul-played and said that early estimates suggesting that his CNL party was headed for a crushing loss were a “fantasy;” 87,7% who were registered voters in the election last week described the turnout as “huge” and the polling, which also included the contest, was a “big one.”

In 58 years of independence, the 20 May vote, challenged by seven presidential hopefuls, was intended to lead to the first democratic transfer of power. Wednesday after the administration said they would have to spend 14 days quarantine to prevent the spread of the coronavirus, there were few international election monitors. Rwasa already hinted he would not take to the streets in protest and would appeal to the Constitutional Court, though he considers the process imperfect. On 4 June, the Constitutional Court shall declare the final election results.