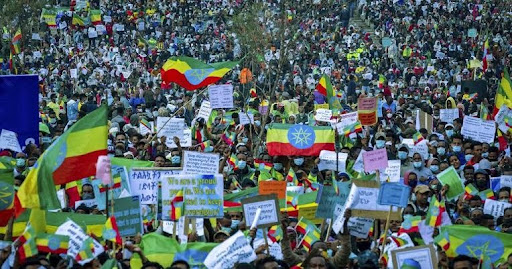 Thousands of government supporters gathered at Meskel Square in Addis Ababa on Thursday to celebrate the second filling of the Grand Ethiopian Renaissance Dam (GERD).

Those joining the rally also showed support for the Ethiopian military while denouncing rebels in the country’s Tigray region. The dam has caused controversy with Egypt and Sudan being in dispute over the building and filling of it.

The issue is due to be discussed by the UN Security Council amid fears that conflict could be sparked by the project. The demonstration, organized by the city administration of Addis Ababa, is the first public rally after the national election held in June. BMayor Adanech Abebe spoke at the rally and congratulated Ethopians’ resolve at getting the dam refilled.