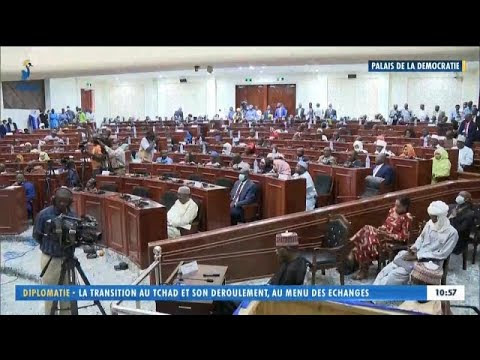 All 93 members of Chad’s transitional parliament were installed on Tuesday. The deputies were designated at the end of September by junta leader Mahamat Idriss Déby Itno, son of the late president Idriss Déby Itno.

Haroun Kabadi, who was president of the National Assembly at the time of the death of President Idriss Déby Itno, was elected by acclamation but declined to cite health problems.

According to the Chadian constitution, the president of the National Assembly would succeed the president in the event of a power vacuum.

None of the deputies designated by the junta leader comes from Wakit Tama, a platform of opposition and civil society parties calling for civilian rule.

General Mahamat Déby proclaimed himself head of state at the head of a Military Transitional Council (CMT), composed of 14 other generals loyal to his father. The CMT immediately dismissed the government, dissolved the National Assembly and abrogated the Constitution.

The junta promised “free and transparent” elections within 18 months, renewable once, and to quickly appoint an interim parliament pending the polls.