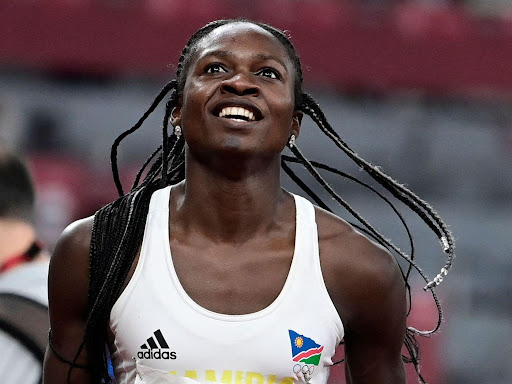 The glorious success of Christine Mboma in the Tokyo Olympics in the 400-meter run brought to the notability across Africa, as she gained the first undisputed queen in Namibian history for a woman to ever win an Olympic medal. As she gained sudden popularity and had a fleet of people chasing her car when she returned to Namibia from Tokyo, the 18-year old champion recalled her journey to the road of success.

It was just 5 years prior to the Tokyo Olympics when she was just another girl with a dream to make it big for herself and her country. Living every moment of her recent 45-minute journey to home which took her 3 hours to complete due to the overwhelming response from the people of Namibia, it is the story of a dedicated girl who made it big with sheer efforts and perseverance.

Talking about her life before the Tokyo Olympics, Christine Mboma grew up with a single mother who died when she was 13 years old. Her father is alive, but left her when she was six years old and abandoned her disabled mother. She lived a poor life with her grandmother and uncle and had to sleep on a mattress on the floor in the northern countryside of Namibia.

She recalled her life as an orphan when she lost a lot of friends and was isolated, which comes with the stigma of being without parents in the region. After her father left and her mother died, Mboma had been taking care of her two brothers.

She mentioned that her life’s tragedy inspired her to take up sports which distressed her. Her pure dedication and athletic ability changed her life financially and geographically. Currently, she lives with his coach Genk Bota and his family, 500 km from her own house.

Her life however took a U-turn in just a week of her historic win at the Tokyo Olympics. Her performance made her the toast of Namibia. It was her personal journey that encompasses tragedy, isolation, and rejection which made her grow faster and stronger without any outside support, which also shaped her entire character as a person and an athlete.