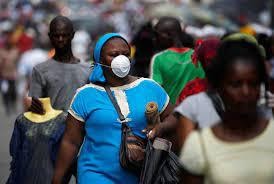 The proposed millennium development related to health in the sub-Saharan is likely to remain unattainable at the current progress. The situation remains grim considering no substantive progress has been made in the health sector since 1990. Moreover, all the key indicators pertaining to health in the African continent have gone much worse, with malnutrition, hunger scarcity, growing diabetes problems, besides the pandemic that crippled the health sector of the continent.

Why is the reason for the poor health of the people in Africa?

The main reason encompassing the poor state of health in Africa remains, for the longest time, its inability to tackle extreme poverty. Statistics confirm that 46% of the total population in Africa lives on less than a dollar a day. The government’s failure to handle poverty has many elements intertwined into it, such as economic stagnation, debt crisis, and painful structural programmes.

Moreover, the national institutions in the African region are weak owing to the expanding corruption and conflicting regions leading to devastating consequences of health. Adding to the existing health crisis, AIDS and HIV have contributed to even more dilapidating conditions of the existing African health state. Highlighting the severity, 1 in every 14 adults in Africa have been infected with HIV which makes the rate higher than any other part of the world.

Africa has been consistently receiving relief and aid, but these alone are not sufficient to manage the many issues encapsulating the continent. This can be highly attributed to the inappropriate reform policies in the health sector, the health systems fragmentation, and unequal trade conditions that refrain most regions from even receiving aid or spreading awareness.

There is another pressing of delivering relief to the African nations, that is unable to support the health affected unbiasedly. These issues, instead of supporting the health projects, donors are delivering official aid as part of their general budget. While budget support comes with advantages such as increased ownership of aid, improvements in health outcomes, the results have been mixed.

Moreover, in Africa, while the overall government expenses on health are low, they do provide tertiary hospitals. However, such hospitals are expensive for a poor person and they mostly benefit from Africans who are better off financially. Alongside, the non-governmental organizations, which provide healthcare services to the downtrodden, do not receive relief and aid from the government.

African countries, during the 1980s and 1990s, went through many structural adjustments in the public sector in the form of reforms. These reforms, while initiated to focus on increasing high-quality health care for the people of Africa, actually inclined their attention to reducing the role of state and expenditure from the public.

This made the health reform impact the public health sector services through a quest for high efficiency, deep involvement of the private sector for-profit, and decentralization. The cost-effectiveness approach has further narrowed the scope of health care in public, which is ignoring the ill health determinants and reducing the entire approach to a set of technical interventions.

While, under this approach, good hygiene promotion was one of the most vital elements, the potential indirect effects such as sanitation, improved good quality water availability were excluded considering their difficulty to compute.

The health sector has been highly commercialized and has involved the intervention, other than the ones that fall under essential services. The reduction in the government’s ability to allocate funds to the public sector has led to the demise of the health care sector in Africa and was caused by the decrease in the legitimacy of the state to be able to provide even the fundamental services to the African population.