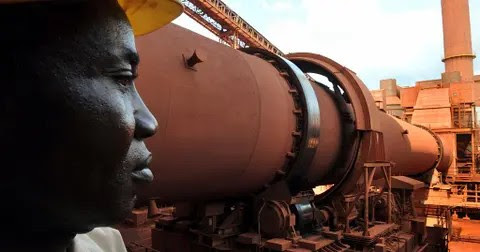 The latest coup in bauxite-rich Guinea is reverberating across the market for aluminium, although for now it appears the global production chain is not under threat, analysts say.

Aluminium prices, already buoyed by a gradual economic recovery, topped $2,800 a tonne to reach a 13-year high on Wednesday after the coup.

Here’s why Guinea is such a big market factor:

A country of 13 million inhabitants, Guinea possesses the world’s largest reserves of bauxite, the reddish or grey rock that is extracted into aluminium oxide, which is then smelted into aluminium. The West African state holds estimated bauxite reserves of 7.4 billion tonnes, or around one quarter of the global total, US Geological Survey (USGS) said last year.

They were surpassed only by Australia, which has the world’s second-largest reserves ahead of Vietnam and Brazil.

The mining sector in Guinea, which includes gold and diamonds, is crucial to the national economy, accounting for some 15 percent of GDP and around 80 percent of exports, according to the World Bank’s Macro Poverty Outlook.