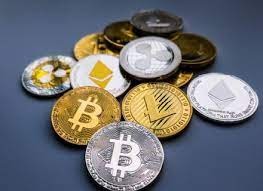 The growth in Crypto adoption in Africa continues in the trail of advancement and has surged to a whopping figure, as people are starting to favour digital coins to avoid exchange and bank restrictions. According to a report by Chainalysis, countries of the likes of Tanzania, South Africa, Nigeria, and Kenya are ranked as the top 20 of the Global Crypto Adoption Index in 2021.

Chainalysis further added that Africa has a much bigger share of its entire transaction volume than any other region, that combines the retail size transfers. Peer-to-peer platforms such as Remitano and Paxful that do not have a central player are becoming more popular across the African continent, for sending crypto.

The CEO and founder of a Nigerian blockchain consultancy company Convexity, Adedeji Owonibi, told Chainalysis that customers are distancing themselves from the banks and exchanges and moving in favour of alternative funds.

In the same token, a crypto company, Luno, founded by two South Africans, has gained over 9 million customers in a total of 40 countries. This exceptional growth of Luno is further illustrated by the inclusion of 1 million users in a span of four months which represents the popularity of crypto across the continent.

Luno was later acquired by the world’s largest blockchain investor based in the US. The company is now targeting a billion users by the end of 2030. Luno GM for Africa, Marius Reitz stated that “The average value of first deposits made by our million new customers is around USD32. Most new customers (83%) bought Bitcoin, while 27% bought Ethereum and 23% bought Ripple. Of the new customers, 35% are aged between 18 and 24, and gender splits align with trends in financial services – almost three quarters (65%) are male.”

Reitz further said that it took him and his founding partner to build a foundation in 2017 for its first one million client base and since then, Luno’s growth has seen significant growth. With the success of Luno across the African continent, he gladly comments that hitting the 9 million mark is a fitting symbol that illustrates Luno’s logo.

Africa surveyed as the next crypto frontier

Africa holds a total population of around 1.3 billion people, making it the second-most-populous continent in the world. However, Africa has suffered a lot of finances, education, social upliftment, and economic stability due to its long history of civil war, colonialism, and harsh terrains. All this has made world-class financial services less accessible to the general public of Africa, which led the country to remain unbanked.

However, this also drove the continent to become the fitting vector to access blockchain networks, where the population only requires a smartphone for cryptocurrencies. For example, Nigeria, Africa’s most populous nation is at the forefront of crypto adoption.

It is this broad gap that drives cryptocurrency to lead the dominant way. Moreover, most of the African central banks are averse to cryptocurrency exchanges which leaves the P2P platform to become the only feasible option for the people.

In a nutshell, with widely popular blockchain options such as M-Pesa that originated in Kenya, Africans have already become accustomed to using smartphones for transactions and payments. More so, a survey highlighted that while a total of 11% of Ugandans had a bank account to access, around 43% were using mobile accounts for payment. This reflects how soon Africans will shift from a fiat-based P2P to a complete blockchain P2P.