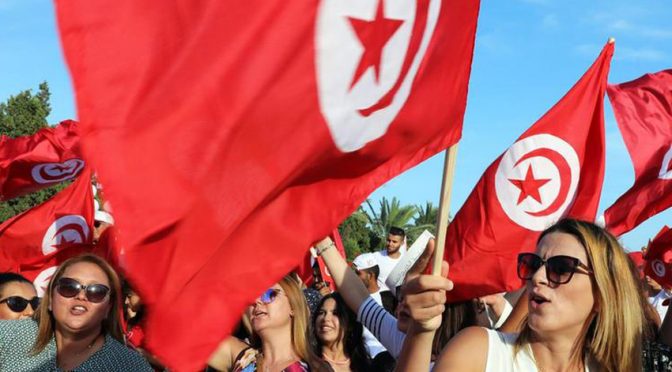 Tunisia, where Arab spring began in 2010, voted for their new president on Sunday, September 15, 2019. After being democratized in 2011, Beji Caid Essebsi was elected as the first president of the democratic nation. His unexpected death in late July has led the Tunisians to choose their new president in a hotly contested election.

With more than 7 million people eligible to vote, 26 candidates presented themselves for the presidential post including a number of high-profile prominent figures. The successor of Essebsi faces the challenge of a weakened economy and increased terrorist activities.

Despite being one of the youngest democracies, voter turnout stood around 45% despite all the efforts by the election commission. The continuous political struggle and the inability of politicians to raise up issues like unemployment and corruption exasperated the Tunisians.

The next president faces a deteriorating economy and a high unemployment rate which needs to be dealt with a firm hand so as to deter a crisis of confidence in the political elite.
The early outcome shows that two anti-establishment candidates lead the first round. The outsiders leading the first round comes as a shocking outcome. The preliminary results are expected by Tuesday.