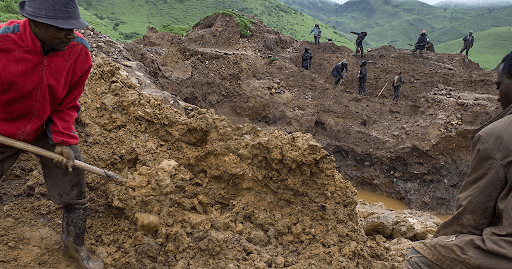 Five Chinese men who were working in a gold mine were kidnapped. Along one Congolese cop was killed and another one wounded by armed men, which is yet to be discovered. This incident happened on Saturday night in South Kivu, eastern DR Congo.

An army spokesman, Major Dieudonné Kasereka, said, “Around 2 a.m., the camp of a group of Chinese was attacked by armed bandits which were not recognisable” in Mukera, a village located about 25 km from Fizi-center. There were 14 people in total from which five were taken away by the armed men to an unknown destination. The other nine were evacuated to safety. “

According to sources, one policeman was killed and one wounded during the attack. Also, the abducted Chinese people were staff of a company that had been working in a gold mine in the area for around four to five months. The company had difficulty starting its activities, because of protests from the population accusing it of not respecting the standards.

The Chinese Embassy situated in the Democratic Republic of Congo has yet to release further details on the incident.  The DRC is the world’s biggest producer of mined cobalt – a key ingredient in batteries for electric vehicles – and one of Africa’s biggest copper producers.