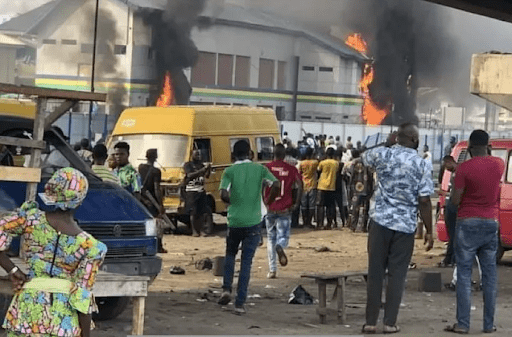 A police station in the Orile-Iganmu was set on fire today by suspected thugs in Lagos as the #EndSARS protests continue. Eyewitnesses say the station caught fire in the early hours of Tuesday morning which was set by the hoodlums. It is not clear if and how officers made it out of the fire.

The Lagos State Governor, Babajide Sanwo-Olu announced a 4-hour curfew in all parts of the state from 4pm today, 20th October 2020. I have watched with shock how what began as a peaceful #EndSARS protest has degenerated into a monster that’s threatening the well-being of our society, he said. The Nigerian Police is yet to announce a statement over the burning of the station.