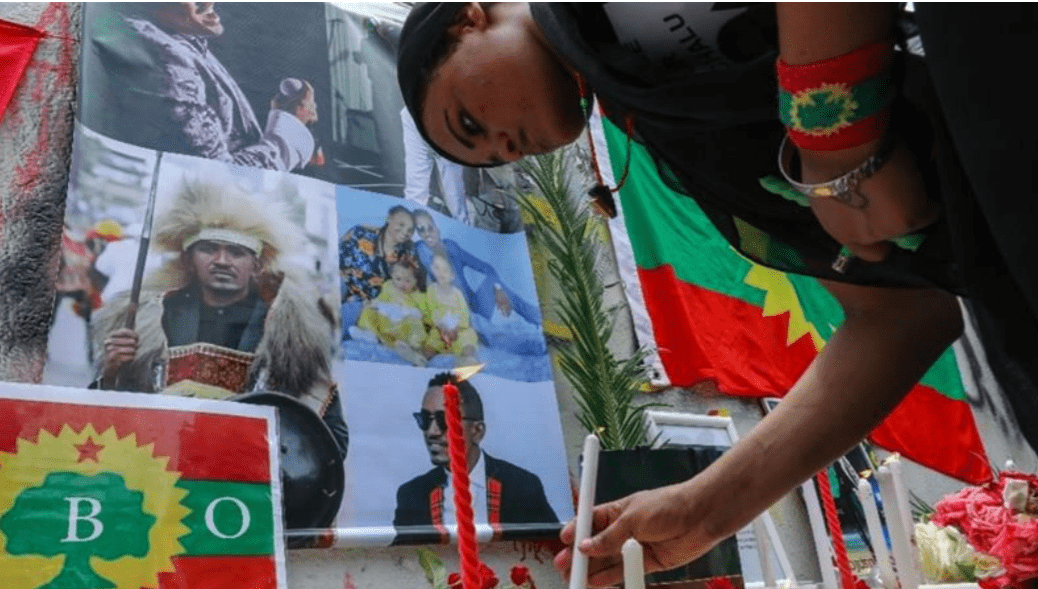 Ethiopian authorities have claimed that two suspects have been arrested over the popular political singer, Haacaaluu Hundeessaa whose death last week sparked protests in which hundreds of people were killed. Prime minister Abiy Ahmed describes the killing as an evil act.

On Friday, a television program was aired, Attorney General Adanech Abebe said that the attacker was working on the orders of an anti-government group, the Oromo Liberation Front (OLF-Shene). Adenech claimed that they have arrested the killers and the helpers and they will continue their deeds for the law.