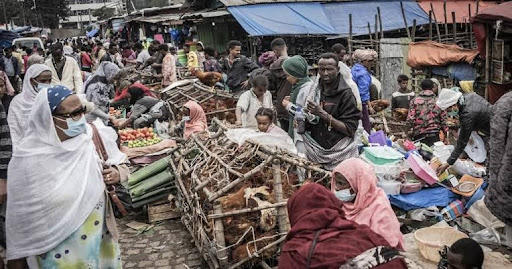 Africa’s second most populous country adheres to a unique 13-month calendar that begins in September and runs seven to eight years behind the Gregorian version. Saturday will mark the first day of 2014 for Ethiopians.

The celebrations are usually merry, with families singing and dancing as small children gather bouquets of the bright yellow daisies that bloom every year.

But this year’s festivities have been dampened by the conflict — particularly for ethnic Tigrayans — and related economic woes, notably inflation that exceeded 30 percent last month for food.

Prime Minister Abiy Ahmed is trying to rally the country, with a five-day social media campaign in the run-up to the holiday highlighting such themes as heroism and victory.