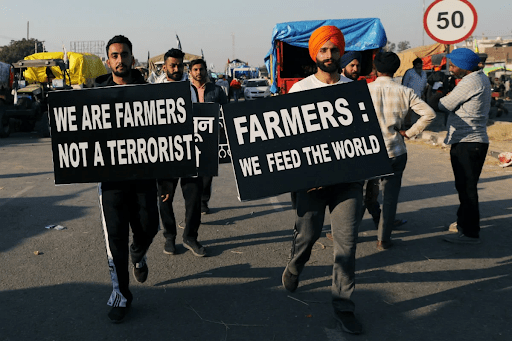 After the famous Farmers Protest broke out in India against the new bill passed by the government of India, people and many famous personalities are showing their concern to them. They are supporting the farmers by tweeting about it. Many videos have gone viral on social media showing the brutal beating of farmers including use of tear gas, Lathi Charge. This can be measured from a series of tweets by former Alberta province Premier Rachel Notley, who tweeted under the hashtag #I Stand with Farmers for the farmers.

Farmers from Punjab, Haryana, Uttar Pradesh and other nations have been struggling for two months abroad especially in countries where there is a significant presence in the Punjabi Diaspora.

In Canada, where the diaspora has come out with a social media blitz of sorts with political parties feeling the pressure from the Punjab migrants, the farmers’ movement with the Dilli Chalo call has received maximum support.

Famous singer Rihanna had tweeted about this some time ago. Famous activists from Africa including Leah Namugerwa, Vanessa Nakate (Uganda), Jamie Margolin from Seattle and many more are joining the online protest.

Leah tweeted that “I stand with the farmers in India. Everyone has a right to peaceful protest, access to the internet. I know what they are going through since it’s what we experienced a fortnight ago. #farmersprotest.” Vanessa posted that “Tweet with #FarmersProtest. Support the farmers in India now.”