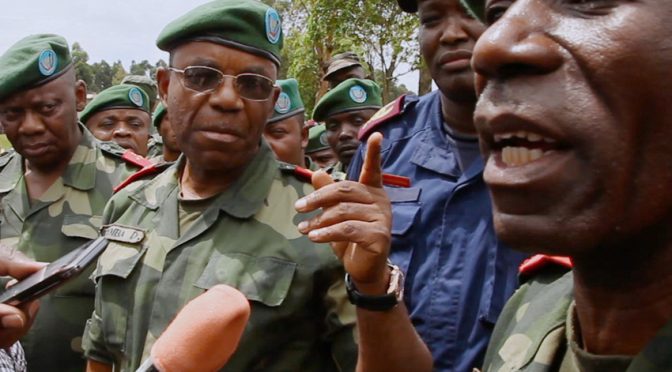 The film highlights the courage of one person to fight against sexual abuse in the Democratic Republic of Congo (DRC). The eastern portion of the DRC faces particular challenges in sexual violence towards women. There are hundreds of thousands of victims, young and old, facing crushing psychological, physical and social consequences. The film depicts the ways in which society blames them, and does not see them as the victims they are, therefore denying them justice and human rights.

The film was recognized because it restores human dignity – and peace – not only to women who suffered war crimes but also because it portrays the Congolese as taking the initiative to work for a better society.

“Maman Colonelle” follows a Congolese police officer, Honorine Munyole, who is responsible for a special but small unit for the protection of women and children in Bukavu in Eastern Congo, known for its high frequency of rape.

The documentary begins with her transfer from Bukavu to Kisangani. In Bukavu she was respected by everyone and had authority. Now, she has to do everything to gain the respect and trust of the local population, the women and above all the administration and the police department. She is determined, and she proves one can make a difference in a corrupt environment. She does all she can to empower the disillusioned women who want to be recognized as war victims.

The film has won many awards, including a commendation from the Ecumenical Jury at the Berlin International Film festival in 2017.

WCC director of communication and vice president of WACC Europe Marianne Ejdersten said the film and others like it are vitally important in a world where violence, racism and nationalism are tightening their grip.

“WACC and SIGNIS believe this documentary offers a very human perspective on the horror of conflict situations that impact the lives of ordinary people, especially women,” she said. “Its human rights perspective is exemplary.”