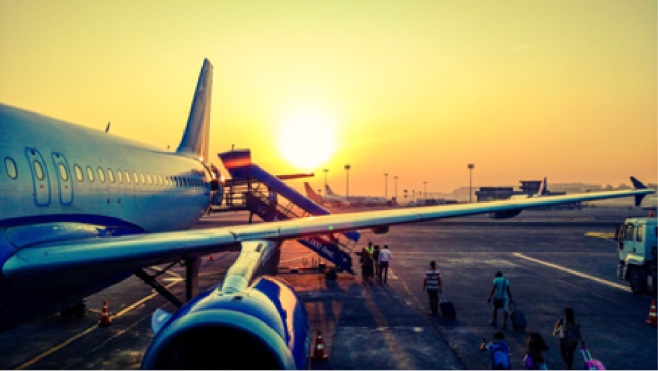 After domestic airlines suspended operations and cancelled over 100 flights yesterday, South Africa’s aviation industry became the most recent target of the spreading coronavirus(Covid-19). The Covid-19 outbreak triggered travel delays and restrictions around the world leading to aircraft grounding and flight cancellations.

The repercussions of the outbreak of the coronavirus have inevitably contributed to global travel and restrictions, with drastic implications for all, from aircraft grounding to staff release and flight cancels left, right and centre. This affects all of us and no carrier is immune to these realities in these unpredictable times.

South African Airways, a state-airline, recently announced that all international operations will be halted immediately until 31st May 2020. This is a response to the latest government travel ban to counter the spread of the pandemic of coronavirus. “We decided, as CEO of SAA Interim, Zuk Ramasia, to suspend all international and regional flights until May 31, 2020, in order to facilitate government efforts to tackle this pandemic and in the best interest of our crew, passengers, and the general public.” However, the risks to our team can not be ignored”

South African Airways (SAA), in response to a government travel ban to stop coronavirus transmission, has announced that it is immediately suspending all international operations until 31 May 2020. The pandemic COVID-19 and the resulting travel restrictions contributed to a significant decrease in air travel demand. This caused a large number of airlines worldwide to land aircraft, release their employees and cancel flights. This decision, in the case of SAA, means that SAA can operate only on its national and domestic routes.

SAA operates in three markets which include high-risk regions in the countries listed in the travel ban. Such are the USA (Washington DC, New York City, JFK), the UK (London, Heathrow) and Germany (Frankfurt and Munich). In addition, SAA operates non-high-risk flights to Australia (Perth) and Brazil (São Paulo).  All is now cancelled.