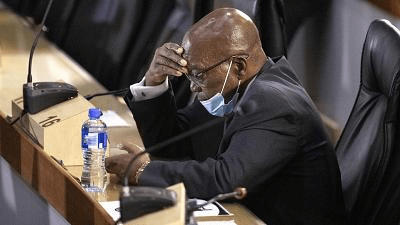 Former South African president Jacob Zuma could face jail time or a heavy fine. He left the Zondo commission of inquiry without any permission. Zuma, who was being called as an “impartial” judge, had accused Judge Raymond Zondo of being biased. He demanded to recuse himself. He instead walked out of the panel. Even when the session was going on.

He walked out without permission. He didn’t even answer questions.  Zuma and his legal team have committed criminal acts. Now for these crimes he could be arrested, he could be on trial. The sentences could be six-month imprisonment or a fine.