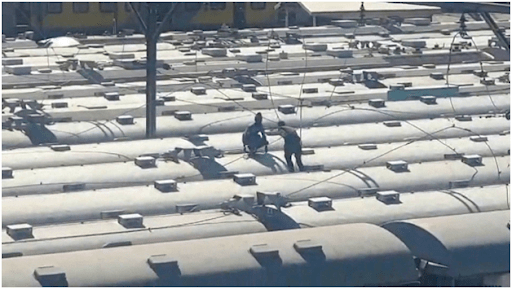 About 1.2 million people across South Africa’s Khao Tank province use trains everyday. These trains are like a lifeline for them as they have to travel to schools and work but they don’t have enough money to afford other transport like minibus or taxis. But after the coronavirus restrictions, strict timings and increase in theft has become a menace for the authorities. The thieves stole cable wires, vandalized facilities.

It has also become like an economic crisis because these are the economic hubs if we triple the rail infrastructure and also it links many economical activities so it is like a more sabotage to them. The thieves who stole all the copper wires are melted down and exported through Mozambique to markets in asia as said by the government. they say it will cost them about 120 million dollars to replace with new wires and equipment.