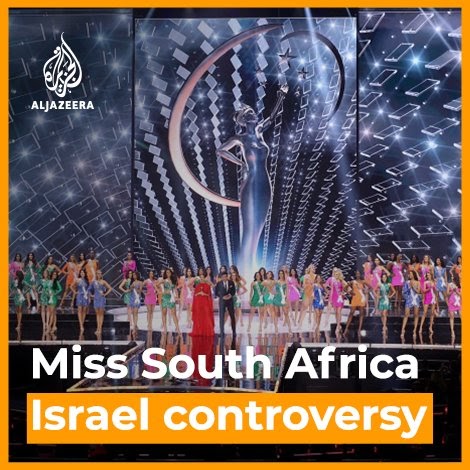 The South African government said that it is distancing its participation in the upcoming annual Miss Universe pageant in Israel.

After the rising opposition from the reigning Miss South Africa, Lalela Mswane, to boycott the Miss Universe pageant scheduled for next month, The Government of South Africa disassociated itself from the South Africa pageant organizer’s decision.

The decisive move by the government came as a support for the Palestinians and the atrocities committed on them by Israel. To back the notion, Arts Minister Nathi Mthethwa added that going ahead with the Miss Universe pageant in Israel can prove disastrous to Mswane’s public standing as a young Black woman with a bright future.

To support the boycott of the event, the African National Congress urged organizers “to hear and listen to the overwhelming call for the Miss South Africa team to boycott the upcoming apartheid Israel hosted Miss Universe”. He further added that the local pageant organizers have been stubborn that Miss Mswane should attend the Miss Universe event, arguing that the Miss Universe pageant is an unprejudiced event that should not spark political controversies.

Proclaiming more on this issue, the government withdrew its support in response to the refusal to compromise and ignorance towards the advice of the organizers.

A legitimate representative of the people of South Africa said that “It has proven difficult to persuade the Miss SA pageant organizers to reconsider their decision to partake in the Miss Universe event,”.

The government further added that the act of outrage and monstrosity of Israel against Palestinians have been globally well documented and the government. Considering the situation, the South African government does not find itself associating with any event in Israel.