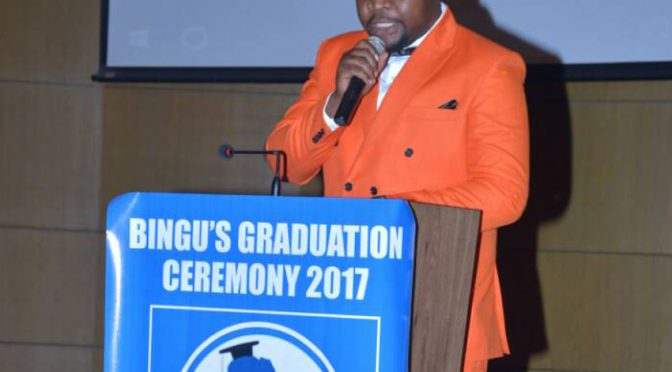 What Nigeria’s youth thinks about agriculture?

Nigeria is the most populated country of the African continent. Do you think that its human resources are fully and efficiently employed?

I don’t think that the human resources are fully employed because the country is a mono economy -highly dependent on oil – and less attention is paid on solid minerals, agriculture, services, and other sectors. This leads to huge economic consequences for the country.

In the current scenario, the agricultural sector is seeing a massive decline primarily because of two reasons: one being the large scale rural to urban migration; the other being lack of proper investment in the agriculture sector by the government.

How did oil overshadow the agriculture sector?

Before 1968, Nigeria was purely an agricultural-based economy. We produced cashew nuts, palm kernels, groundnuts, and a number of other agricultural products. But after 1968, when oil was found in Nigeria, the impression of oil wealth and oil boom took over the mind set of the leaders at that time.

The people at power, thus, neglected agriculture and focused more on oil production. Prior to the pre-oil boom era, Nigeria had around 60 percent of its total population engaged in agriculture – primarily in subsistence farming. Majority of the growers farmed for their own sustainability, not for commercial reasons.

However, as oil took over, gradually during the 1960s, 1970s, and 1980s, agriculture kept on declining. From contributing 65% to the Gross Domestic Product (GDP) in the 1960s, today agriculture contributes about 24% to the GDP of Nigerian economy.

Nigeria’s total food and agricultural imports are growing and stood at more than $10 billion in 2015. What is the main reason behind these alarming statistics?

This is because of a clear neglect of the agricultural potential by the Government of my country. Recently, some in the government have begun to see the potential this sector holds. The former Minister of Agriculture and Rural Development, Mr Akinwumi Adesina who is now the President of the African Development Bank, transformed agriculture.

Nigeria was the net importer of wheat and he implemented the policy of import substitution for spurring economic growth. Under this strategy, he produced cassava to make flour, which was further be used to make bread and other products.

What do you think the government can do for giving back Nigeria its agricultural crown?

First, they need to have a plan. By providing loans to people, the government can financially empower the farmers. By equipping the institutes to focus on agricultural production, they can educate people to see the investment opportunities in this sector.

Remove hurdles such as lack of access to transport agricultural produce to the market and give more leverage to foreign direct investment in agriculture.

It is unfortunate that Nigeria, despite having proximity to the Atlantic Ocean, imports more than 3 million metric tonnes of fish from different parts of Asia and Europe.

Though large number of people are employed in fish farming in the country but the local production capacity is unable to keep pace with the demand.

Public-private partnership can be used to harness the maximum out of the fishing sector.

The plan may look very neat, well-articulated, well-written on the paper, however, the main issue is about implementation. You might talk about ambitious schemes, but are you seriously willing to do it? What are the strategies in place which they can use to actually implement these targets?  We need mechanisms to check if these things are implemented.

Does the problem of disguised unemployment exist in Nigeria’s agriculture sector?

It does! Because employment opportunities are not adequate. In agriculture, you have cash crops, poultry farming, fishing and food processing. But at the moment, the agricultural sector is not generating employment to its full potential.

If the agriculture sector is opened up to foreign direct investment, farmers are provided with subsidies, there are affordable loans for people who want to go into the sector, people will get attracted to invest in this field. If the government can create that enabling environment for the people, I think it can employ even more in agriculture.

Nigeria earns a lot – around $20 million every single day from revenue on crude oil. This benefit, however, does not get passed on to the other sectors.

The youth generally shy away from investing in agriculture. How can we encourage them to get involved?

Young people are willing to invest in agriculture, however, they do not have access to the gateway for the same. I will give you an example – Cassava is a huge staple food for Nigerians. They process it and convert it to flour.

I know a young boy who graduated from the university and decided to process cassava in a cleaner, efficient way and then sold it using attractive packaging. Today, that boy earns not less than $5,000 per month.

Likewise, we have many examples of young entrepreneurs who have weaved success from agriculture. If the government makes it more attractive, the youth will get engaged in agricultural activities, for agriculture is the future of our economy.

In your opinion, why is Nigerian economy still hanging in minus?

There are several factors responsible for this downfall. The foreign reserve is diminishing. As a result, the country imports more than it exports. This imbalance can have serious repercussions for the economy. Apart from that, the country is vulnerable to inflation. Petrol, literally, drives our country. Therefore, when there is a change in the price of petrol, it affects and results in high inflation.

The Indo-Nigerian relationship is based primarily on oil trade. How can we diversify this trade relationship?

Well, I’m not a diplomat. I cannot speak more on that because I don’t have full knowledge. But what I do know is that the trade between Nigeria and India annually accounts to about 20 billion USD.

India’s Green Revolution revolutionised the agriculture sector of their country. The same model can be replicated in Nigeria as well. If the change has to happen, it has to happen from within.

People have to acknowledge that if there is failure and the system is breaking down, then this needs to be fixed.

Attract foreign direct investment, invite Indian companies to do food processing in Nigeria, let technology-transfer happen, make the market more open; the governments of both the nations can further improve the current scenario of their trade relationship.