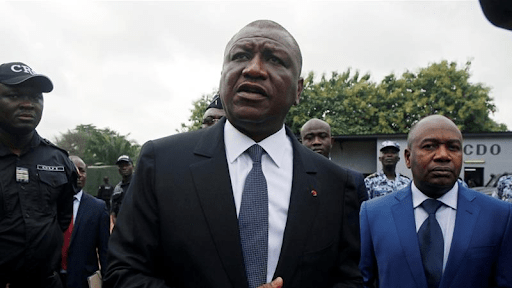 Ivory Coast’s defence minister, Hamed Bakayoko, has been appointed as prime minister. Amadou Gon Coulibaly, former prime minister died a sudden death on July 8, from then Bakayoko has been acting as interim prime minister, as announced by the authorities. Bakayoko is 55 years old and has been a mayor of Abobo, one of the West African country’s most populous districts, since 2018.

He was in interior ministry in 2011 and then was in defence in 2017.On Thursday the president declared him as the prime minister and also signed a decree. He also said he can continue his defence duties meanwhile also.