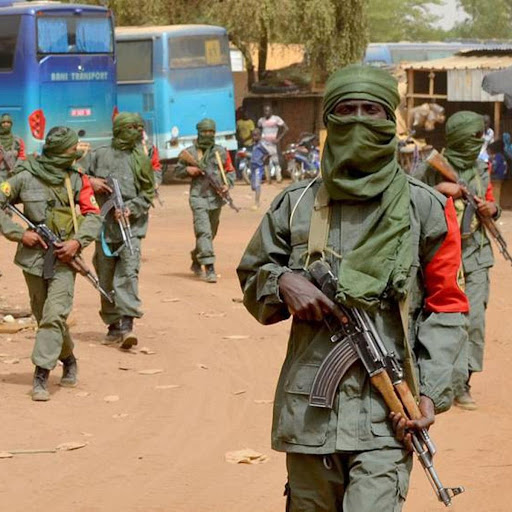 Jihadists in Nigeria
Spread the news

Jihadists kidnapped twenty children in the Borno state of Nigeria and killed two people. Among the kidnapped children, there were seven boys and thirteen girls. The incident happened in the Islamist militant affected region of Nigeria, where the insurgency has torn the region for over a decade.

This assault in Piyemi village was initiated by the ISWAP (Islamic State West Africa Province) who were dressed in military uniforms. Locals informed that the ISWAP militants started shooting and setting the houses on fire while looting the shops.

The children kidnapped by the jihadists were in the age group of 12 and 13. The locals reported that the Jihadists attacked from the nearby forest of Sambisa and took away the children into the forest in the truck they seized from the village.

Nigerian officials and the Military have not yet made an official statement on the incident. However, a community leader from Chibok informed that the attack was the third to happen in recent days and it emphasizes the risk faced by the villagers from the Jihadists.