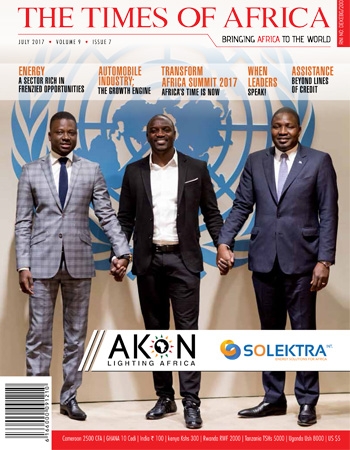 There are several connotations associated with Africa. Majority of them being dark continent, underdeveloped, poor countries, poverty stricken, etc. However, Africa has been proving all these connotations wrong. Today, Africa is home to many of the world’s fast growing economies. Africa is consistently striding on the path of prosperity.

Africa is home to abundant resources. One such resource is the energy sector, which is directly proportional to the economic growth and prosperity. Energy fosters the possibilities of growth and overall development of a country. The African energy sector has a huge potential to get established and scatter the gleaming glitters of its inherent potential. The issue focus of this edition is energy sector in Africa. The cover story revolves around the African assets in the energy sector and the initiatives which are on a quest to encourage and promote the use of renewable energy in Africa.

This edition brings a special feature on the highly coveted ‘Transform Africa Summit 2017’, which aims to digitally revolutionize Africa and empower every citizen of the continent with technology-driven solutions, along with the special coverage feature on AfDB’s Annual Meetings 2017, whose theme revolved around revolutionizing the agriculture sector in Africa.