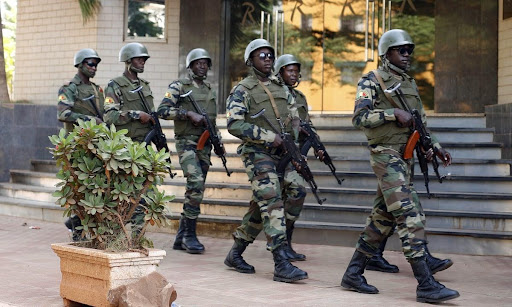 A suspected ambushed armed group attacked a patrol, killing 8 soldiers and leaving seven injured in Western Mali. The attack happened in the Nara town which is almost 19 miles south of the Mauritania border. Initially, the army gave a death toll of four and a dozen injured, which later increased to eight.

In the statement released by the Mali army, 31 bodies of the assailants were discovered on the attack site that destroyed 2 military vehicles. While no group has yet claimed responsibility for the attack, it is believed to be acted by jihadists who have played havoc in the regions of Niger, Mali and Burkina Faso.

Mali has been the center of jihadists’ gruesome activities in the past years and the insurgency has led to the killings of thousands of local people while leaving millions dispersed to other regions.