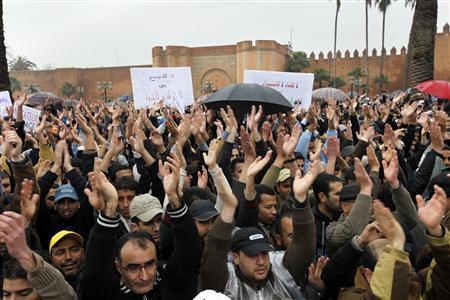 People in Morocco took to the streets to protest against the rising prices and rallied unanimously to commemorate the 11th anniversary of reform demonstrations. 20th February is remembered as the day when the anti-corruption and the pro-reform group was born in Morocco from the Arab Spring uprisings in the year 2011.

In the capital city of Morocco, Rabat, a massive protest broke out that decried the rising cost of basic and essential goods. The protesters shouted slogans of the February 20 movement and lamented that not a single of their social justice or gender equality demands was achieved in the last 11 years. Following the reform movement, similar protests broke out in other regions of Tangiers.

The country Morocco has been hit by severe drought and coronavirus pandemic which crippled its economy. Considering the ongoing issues nationwide, Morocco also felt the pinch of rising fuel prices across the nation. According to a government economy official, the country needs over $400 million in 2022 alone for flour subsidies.

Criticizing the inactions, although indirectly, the protestors called on the fragile government and some blamed the influences of firms in which the PM’s family is the biggest investor.