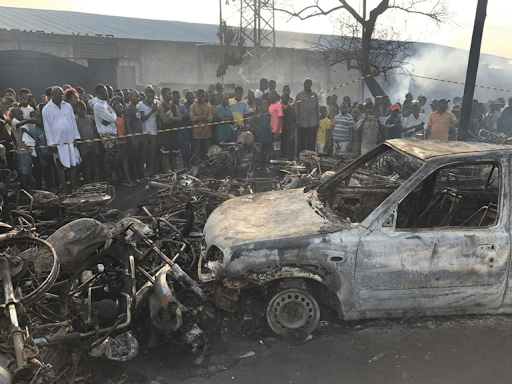 Our hearts and prayers  go to the families of the victims who perished in the horrific fuel tanker explosion. On Sunday, dozens of people waited inside the Connaught Hospital compound in central Freetown, where the majority of the injured were transferred.

According to a Reuters reporter, fuel was still flowing from the wrecked tanker on Saturday morning as police and military attempted to clear enormous crowds of bystanders from the roadway.

Hundreds of people had congregated in the eastern Freetown district of Wellington, where a charred human body and the charcoal shells of several automobiles and motorcycles scattered the road.

According to deputy health minister Amara Jambai, the dead toll is now at 99, with more than 100 injuries being treated in hospitals and clinics across the capital.