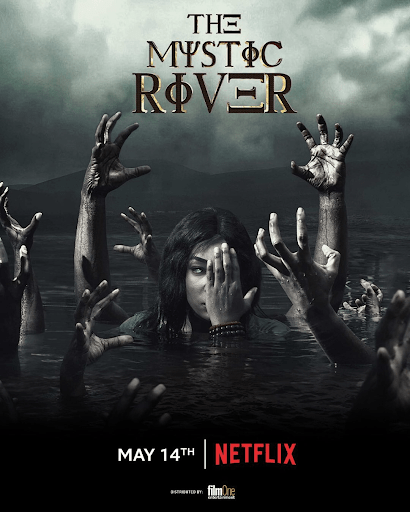 The horror series titled ‘The Mystic River’ made its debut on Netflix on Friday. Jide Kosoko, Dele Odule, Joke Muyiwa, all have starred in the series filled with suspense. The shoot was done in Ijebu Ode, and the story is about good and evil; a young couple who shifted to a remote village and they did not know about their underdeveloped culture of sacrificing pregnant women to the gods just for prosperity. The suspense of this culture, the discovery and helplessness are the prime factors to constitute the conflict of this dramatic adventure on screen.

The producer, Roger Oe wants to tell people about African stories and through them he wants to create an impact and bring a change in the mindsets of people. The story drama is traditionally settled but is relative. This series is used as a metaphor for the Nigerian state for these myths and the people making the way of life gross.