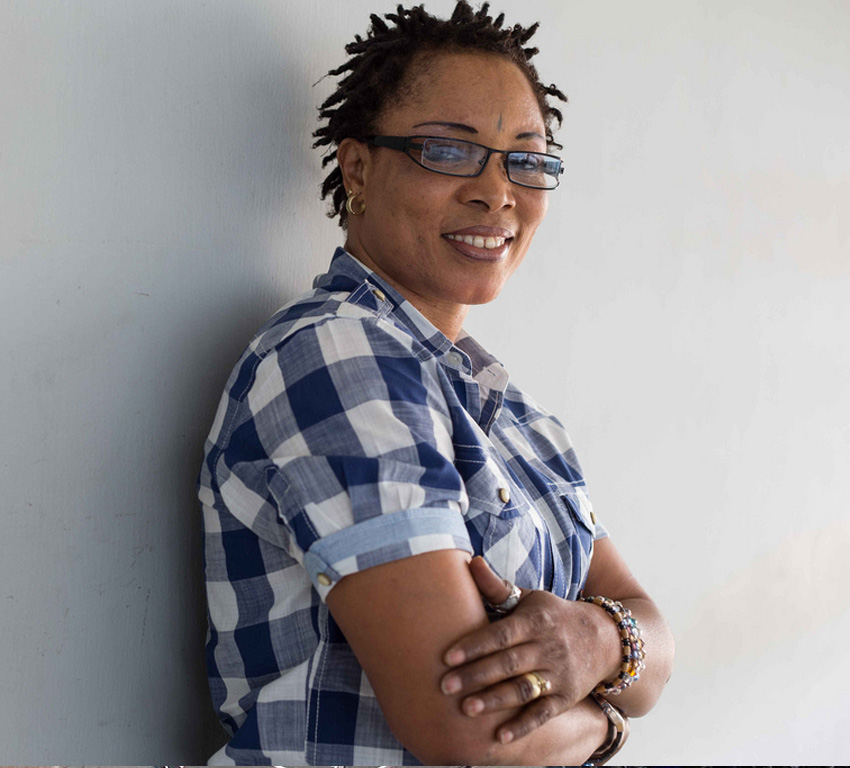 Nigeria has been blessed with men and women who by their talent, ability, hard work and dedication to sports, have made Nigeria full of pride, and granted her worldwide appreciation, motivating others to do more.

She is the first Nigerian and West- African female athlete to win a gold medal in a single event at the 1996 Olympics at Atlanta Georgia, USA. Ajunwa won the long jump event at the 1996 Olympics with a jump length of 7.12 meters at the finals. Before her venture into track and field, she had been a football player, playing with the Super Falcons in the 1991 Women’s World Cup, but left the football scene after been benched for long periods of time. She founded the Chioma Ajunwa Sports Foundation focused on discovering sports talents, kick drugs out of sports and empower and mentor youths.

Born August 16, 1961, Christian Emeka Okoye is a Nigerian- American former American football fullback for the Kansas City Chiefs from 1987 to 1992. His nickname is “The Nigerian Nightmare”. Recognized for his powerful speed and ability to break tackles, Okoye’s six seasons in the NFL saw a league rushing title in 1989, two Pro Bowl appearances (1989, 1991), and three playoff appearances. He retired as the Chiefs’ all-time rushing leader, having amassed 4,897 yards, 1,246 attempts, and 14 games with at least 100 yards rushing, in his six seasons. Okoye was the team MVP in 1989, and was cherished in the Chiefs Hall of Fame in 2000.

Nwankwo Kanu or simply Kanu as popularly known was born August 1, 1976 and played as a forward for the Nigerian football team. He was a member of and later captained the Nigerian national team for 16 years from 1994 until 2010. Kanu has won a UEFA Champions League medal, a UEFA Cup medal, three FA Cup Winners Medals and two-time African Player of the Year. He is also one of few players to have won the Premier League, FA Cup, Champions League, UEFA Cup and an Olympic Gold Medal. He made the third-most substitute appearances in Premier League history, appearing from the bench 118 times.

Stephen Okechukwu Keshi, born 23 January, 1962 was a football defender and a former football manager of the Nigeria National team. One of only two players along with Egypt’s Mahmoud El-Gohary, to have won the Africa Cup of Nations as both a player and a coach. After a playing career mostly with Belgian clubs, Keshi went to the United States to be educated in coaching. In 1996, he was joined by Augustine Eguavoen, who once coached the Nigerian national team. In July 2015, following Nigeria’s exit from the World Cup, Keshi’s contract with the Nigerian Football Federation expired but was not renewed.

US based Nigerian +75kg event Weightlifter, Mariam Usman won overall gold at the 2008 African Weightlifting Championships in Kenya, and ranked 5th at the 2008 Summer Olympics. In the previous year, she was the overall silver medalist at the All African Games with a total of 248kg. More recently, she picked three gold medals in +75kg event at the Brazzaville 2015 All Africa Games, having also picked a gold medal at the 2014 Commonwealth Games in Glasgow.

US based ex-Super Falcon Player and 2001 African Women Footballer of the Year, Mercy Akide Udoh, earned her place in the female national team in 1994 and went to make three FIFA Women’s World Cup appearances in 1995, 1999 and 2004. She made the World All-Star prestige in 1999 and 2004, and was named one of the 15 Ambassadors for Women’s Football by FIFA in 2015. She is married to sports journalist, Colin Udoh.