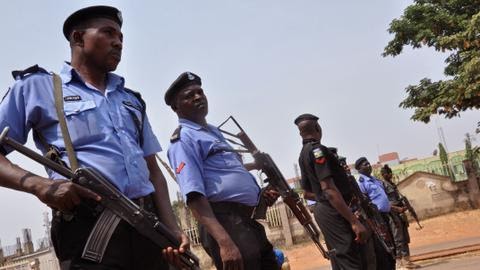 Nigeria army convicted of killing #EndSARS protesters in’ butchery’. A primary report probing deaths of protesters in Lagos also said that there was an attempt to cover up and conceal the incident, including by police officers who picked up pellets. Nigerian security forces have shot and killed unarmed demonstrators in a crackdown last time that could be considered a” butchery”.

A commission investigating the deaths of Nigerian protesters in Lagos released a report that contradicts the Nigerian army’s denial that the army troops opened fire with live rounds on the public. As per the report, the commission mentioned in one of its findings that at the Lekki Toll Gate, army officers shot at the people, injured and killed unarmed helpless and defenceless protesters, without provocation or defence.

The commission’s report has noted and declared 11 people killed, four missing, presumed dead, and another 21 people wounded by the shots fired by the police officials from the Lekki point. The commission also said police officers tried to cover up their conduct by picking up pellets.

The panel further found that this misbehaviour of the Nigerian Army towards the protestors was aggravated by its prohibition for ambulances to provide medical assistance to the victims of that incident. Activists who were involved in the protests welcomed the original findings by the commission.

One of the counsels, Moe Odele, who helped coordinate the protests, wrote”#LekkiMassacre happened” on his Twitter handle condemning the incident. MC Switch, one of the organizers who was present at Lekki when the incident happened and was then sent to exile also wrote on his Twitter handle” Shattered, numerous lives tried to destroy mine. Only for what you desperately tried to hide to be made public … by you!”.

While the protesters raised their voice on police brutality, the army on the other hand said that only blank rounds were fired to disperse the crowd at Lekki that was violating the nighttime curfew.

Lagos State Governor Babajide Sanwo-Olu has promised a proper response to the panel’s recommendations, adding that its decision would be published within the coming two weeks.

The #EndSARS demonstration originally started over police brutality but grew into the largest anti-government demonstration in the ultramodern history of Africa’s most vibrant nation.

The independent judicial commission had been set up by the Lagos state government to probe the crackdown at the megacity’s Lekki tollgate, the epicentre of the#EndSARS demonstrators.