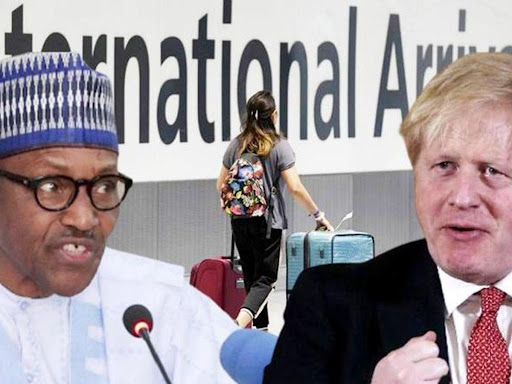 Amid encompassing fears of Omicron threat being discriminatory, indefensible, and punitive, a Nigerian official condemned the travel ban imposed by the UK government on West Africa.

To reason with this, the Health Secretary of the UK, Sajid Javid announced the travel from Nigeria to the UK as Red List. It means that the people traveling from West Africa to the UK would be banned, with an exception for Irish and UK residents. Sajid Javid further added that the Omicron cases have been on a rise, and since then the UK has witnessed an increase in cases that are linked to people traveling from Nigeria. England itself has reported as many as 27 new cases of Omicron, since December 01.

Opposing this claim, Nigerian authorities state that they have not reported any new case of Omicron since it was announced. They claim that the British ban is not science-supported and seems to draw an unjust, punitive, discriminatory, indefensible, and unfair direction on Nigeria.

Lai Mohammed, Nigeria’s Information Minister told reporters that “Instead of these reflex responses that are driven by fear, rather than science. Why can’t the world take a serious look at the issue of access to vaccines, and ensure that it is based on the principles grounded in the right of every human to enjoy the highest attainable standard of health, without discrimination on the basis of race, religion, political belief, economic or any other social condition?”

Nigeria is the most populous country in Africa, and it is not considering a ban on travel from any other country as of now. Instead, the country plans to boost its surveillance as well as revamp its testing process for faster identification and solution.

Nigeria is pacing ahead with its mass vaccination drive that aims to make its entire population of 55 million, vaccinated in the next two months.