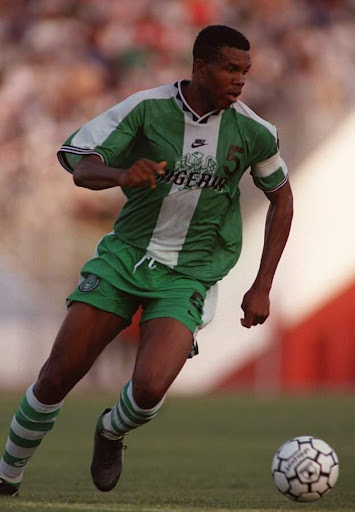 Ex-footballer Kingsley Obiekwu, the 47-year-old gold-winning player mentioned in his interview that he would work as a commercial bus driver. He said this after 25 years of his victory in the Olympics. The incident came to light when the ex-footballer was spotted driving a bus in the eastern city of Enugu. His story went viral upon spotting him behind the wheels and this prompted Ahmed Musa, the national football captain to send him the help of $5000.

Obiekwu said that he resorted to driving to support his family and since he did not complete his education as an adult which led him to miss out on the opportunities. In his interview, he said that after his retirement in 2014 and finishing his coaching in the UK, he returned to Nigeria in the year 2008, however, no football premier league club would accept him as a player, saying that he was not widely known as a football coach. One of his friends, although gave him an opportunity to work at his grassroots football academy, has been in and out of his job since then.

However, instead of giving up on his life and getting demotivated by fate, he decided to chin up and become a commercial bus driver in order to support his family. He further said that he was grateful for the gesture Musa sent him and it will help him support his family in the tiring times he is undergoing.