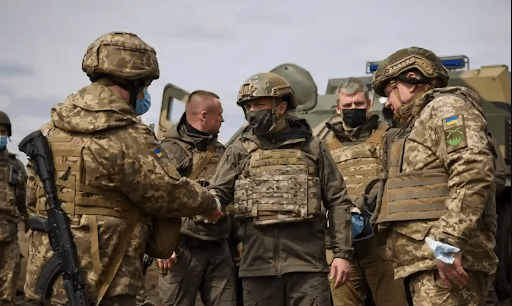 Amid the ongoing crisis and conflict between Russia and Ukraine, Nigeria said that the country would not allow its nationals to enlist in the battle regions where Russian and Ukrainian forces are rattling places with gunfire and bombing cities.  The statement was released after reports circulated on the alleged recruitment of Nigerian volunteers to fight on the Ukrainian side. The Ukrainian embassy said that the Nigerians have approached the embassy and indicated their willingness to join the war from its side.

Nigerian foreign ministry released an official statement denying any claims made by the Ukrainian embassy on any role of Nigerian forces. Adding to it, the ministry’s spokesperson said that Nigeria is strictly against the use of mercenaries in any part of the world and will engage or tolerate the recruitment. Nigeria further denied claims that it had demanded each Nigerian £800 for an air ticket and visa. The ministry further added that the Ukrainian ambassador was ordered to take down his Facebook post that mentioned and called Senegalese volunteers to join the war.

The statement came days after Senegal warned about the volunteers who were enlisting themselves to fight against Russians and its invasion of Ukraine.