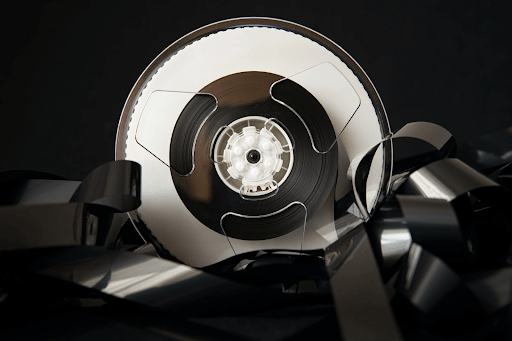 According to the United Nations, Nigeria is already the most populous African nation and will be over twice as large by 2050, reaching 400 million people. The estimated figures for the national economy are over 1 million people and more than $7 billion, accounting for approximately 1.4 percent of Nigeria’s GDP. New movie theatres, and box office revenues are expected to reach 22 million dollars by 2021.

‘Nollywood’ is bigger than Hollywood!

FACTS: In 2009, UNESCO reported the Nigerian film industry – also known as “Nollywood” – had overtaken Hollywood to become the world’s second largest film industry, behind India’s Bollywood. In the following decade, output more than doubled to 2,500 films a year – and the industry is continuing to grow, according to a report by PricewaterhouseCoopers.

Some of the highest literary awards have been awarded to Nigerian authors, including Wole Soyinka, a playwright who won the first African Nobel Literary Prize in 1986.  Things Fall Apart, the late Chinua Achebe novel’s debut, sold 20 million copies over the six decades following its launch, which made him famous for challenging European colonialism. The Famished Road of Ben Okri won the Man booker award in 1991. Chimamanda Ngozi Adichie, contemporary feminist, was inspired by reading Things Fall Apart at age 10. In 2013, her second novel, Half of a Yellow Sun, was made into a film. According to the World Bank, Nigeria’s GDP was about ten years ago greater than that of South Africa. Nigeria, which pumps around 2 million barrels a day is one of the world’s largest exporters of oil and the largest oil producer in Africa. Another great export, Afrobeats, has waltzed the world, followed by stars like Davido and Wizkid.  The Davido single music video “Fall” had over 100 million views on YouTube. Music labels are noted and the Nigerian offices of Sony and Universal have been opened. According to PwC, the country’s music industry will reach 73 million dollars by 2021.

Going to movies in Lagos is a popular hobby of many young people. Lagos vibrates with culture and entertainment as a center for the country’s media and art industries. It has a vast creative eco-system that includes film and exhibition production, theater, music, photography, fashion, hospitality and celebrations. Lagos is also the capital of the renowned film industry in Nigeria, Nollywood. It has the largest film theater and distribution companies in the country and is Nigeria’s seat for cinema culture. Filmhouse Cinemas, Nigeria’s leading film chain, has 12 movie theatres. Six are made up of Lagos alone, while one is in other cities.

Research on the composition of African film audiences is limited. The information available is usually anecdotal evidence of censorship and comments from social media. Filmmakers learn about what films they produce, and film operators learn more about their sources of income. Companies also learn how to keep a film in the cinema, the optimum number of screenings and other valuable information. Huge marketing and advertising efforts were also attractive to audiences. Movie lovers have crowded trailer venues, hoping to meet the filmmaker and actors. For the experience, many were prepared to pay greater ticket prices.

Cinema participants in Lagos have been interested in production techniques and esthetic values as well as acting quality. While mostly attracted to romantic comedies, they sometimes enjoyed thrillers with powerful stories. For many, movies are a social process that starts with your own companion and continues with other viewers at the venue. The cinema experience includes activities like sharing expectations while at the queue at the box office, looking for online film information, and deciding about refreshing options.

As the pandemic has caused loss in film chains, Showmax, Netflix, irokotv, and other on-demand video platforms are becoming more popular, it is still to be seen whether cinemas will return to positions before the Covid. However, research has to go on wherever movie audiences meet.

In Nigeria’s film industry Netflix has increased its investment. Through its newly created NetflixNaija Twitter handle, the dominant streaming company has announced its presence, while detailing plans to order original information by partnering and investment in local creative products. The streamer ordered a six-part series that has yet to be named which will be directed by Akin Omotoso, Daniel Oriahi and CJ Obasi, the local directors.

For the industry, this is a positive project. Netflix offers Nigerian filmmakers a strategy to combat the adverse impact of piracy in Nigeria, apart from the visibility and increasing visualization. This isn’t the first attempt. IrokoTV, established in 2011 by an indigenous streaming platform, was using streaming to distribute content in Nollywood while keeping the pirates out of reach.

Netflix investment is huge, but it depends on certain legal fundamentals that the new resources will be maximized. Will Nollywood gain added value for its rich creative resources in licensing negotiations and other transactional platforms?

In order to achieve progress, Nigerian policymakers and creators need cooperation. Above all, the proposed amended Nigerian Copyright Act has to become legislation. The amended law will contribute to the digital market protection of Nollywood.

Nigerian copyright and performer rights organizations must learn and plan programs in order to enforce their Members’ rights. Contract formation involves various legal regimes with digital platforms. A reformed and recognized idea delivery agency based on deliberate policy and legal framework is required for Nigerian creators.

The economy of creativity should be the focus for Nollywood as well. The industry needs to measure and track capabilities and performance output. It will assist with the collaboration of economic, analytical, statistical and adjacent experts. In order to advise the creative sector of Nollywood, Nigerian universities should update their curricula to train existing and emerging lawyers to master the complexities of digital licensing.