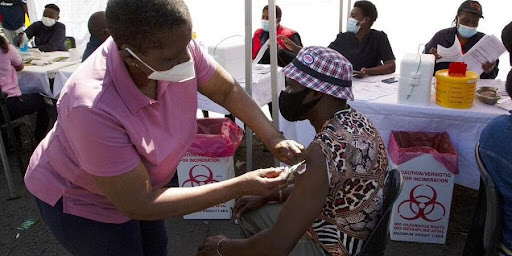 The Johnson & Johnson jabs were given at the pop-up center as a part of South Africa’s efforts to boost flagging vaccination numbers. Faced with slowing numbers of people getting COVID-19 vaccinations, South Africa has also opened eligibility to all adults to step up the volume of inoculations as it battles a surge in the disease driven by the delta variant.

The country on Friday started offering shots to everyone aged 18 and older as the volume of shots given per day has stalled even though vaccines are now more widely available.

Less than 200,000 jabs are being given per day, down from 250,000 earlier this month and significantly lower than the target of 300,000 that the government had hoped to achieve by this time. To boost the flagging numbers health officials decided to offer jabs to the younger adults immediately, rather than waiting until September as had been planned earlier.