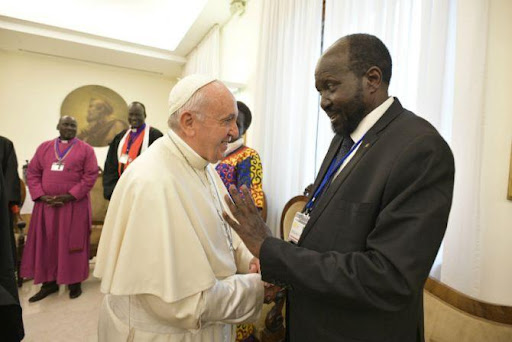 According to the Vatican announcement, Pope Francis is scheduled to visit South Sudan and the Democratic Republic of Congo on his 6-day long trip in July. The pope will visit the African nations at the request of the respective bishops and state of heads, starting the 2nd of July. His travel itinerary consists of the Congolese cities of Goma and Kinshasa from 2-7 July and South Sudan capital Juba from 5-7 July. However, further details of the Pope’s program would be announced in due course.

Announcing the visit, Pope Francis would become the first-ever Pope to visit South Sudan, since it declared its independence on July 9th, 2011 from the Republic of Sudan. In July of 2011, South Sudan announced its official split from Sudan, following a civil war that erupted two years later, leading to the death of 400,000 people. In 2018, both countries signed a peace treaty.

Pope Francis has always wanted to visit the predominantly Christian country, South Sudan, but his trip consistently got postponed considering the rising instability in the region. Justin Welby, the archbishop of Canterbury is expected to join Pope Francis in Juba besides Jim Wallace, the moderator of Scotland church.

Pope Francis has made two trips to Sub-Saharan Africa previously in 2015, when he visited Uganda, Kenya, and the Central African Republic.