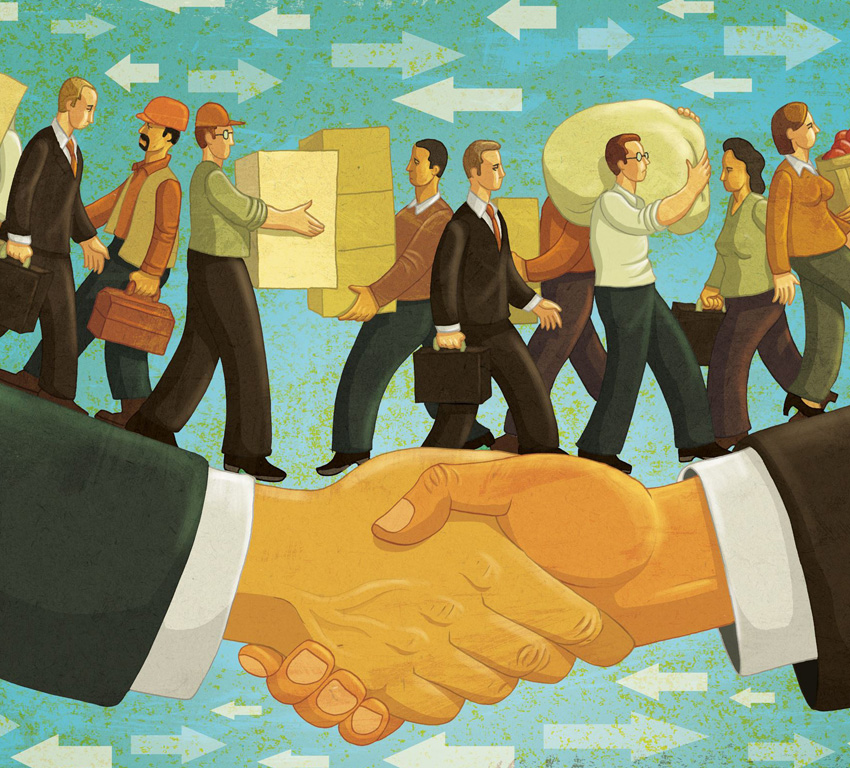 Trade is one of the most crucial aspects which defines and strengthens the economic relations between two countries. All the countries encourage trade promotion, but within the periphery of trade restrictions. There are various measures which a government could take in order to promote and motivate domestic industries and firms. One such prevalent practice is protectionism, which concentrates on supporting and encouraging the domestic firms by adopting a policy of restraining trade between countries or states, as compared to “free trade” or “bilateral trade”, through methods such as tariffs imposed on imported goods, restrictive quotas, and a variety of other government regulations, designed to allow fair competition between imports and goods and services produced domestically.

The real idea behind the concept of protectionism is to balance the domestic business and industries from overseas competition and prevent the subsequent consequences which may favour the imported goods and overseas industries. The protectionism could be practiced in different forms. The primary of them are:

Effects on the country’s economy

The advocates of protectionism believe that just like a baby, infant industries should be protected initially from the competition of imported goods. They should be allowed to grow to a sustainable size where they could easily compete in the market with mature and established industries from foreign countries. Their belief is embedded in the thought that without the shield of protectionism the infant industries will wind up even before they reach a size where they could compete in the global market.

The policy of protectionism may be a big boon for the infant industries, but it could also be a big curse for them. In the long term, protectionism hinders the spirit of free trade and economic prosperity. It should not be attributed as a permanent or a long term measure of providing relief to the budding industries and firms. In order to promote and encourage an environment, where the domestic infant firms and industries flourish, the foreign investment is a vital growth element. The direct trade restricting measures creates a profound negative impact on the country’s growth and employment.

Gravity of impact on India

India is located strategically from a trade perspective. According to the research done by the International Monetary Fund (IMF), the conclusion is derived that if the developed countries become protective India will get affected fiercely. The increasing policy framing centered upon the promotion of protectionism will eventually lead to the decline in global trade and economic prosperity. The consequences would be upsurge in corporate vulnerability and borrowing costs, which will consequently lead to financial stability risk.

Unexpected rise in protectionism could accelerate capital outflows and affect the demand. This would deepen the prevailing vulnerabilities in corporate sectors and will develop risks and flaws in the weak banking systems. The report advised that to ensure the effective pliability against the uncertain and unanticipated global policy mix, the think tanks and policymakers should concentrate on addressing the corporate bank vulnerabilities.

The significance of free trade is inseparable from economic growth and development. The fact which makes it an anti-exaggeration is South Korea’s development. South Korea used export promotion policies to move from a GDP lower than that of Bolivia or Senegal 50 years ago to being the world’s largest ship-builder and fifth largest car manufacturer today. In the case of Africa, the importance of bilateral trade is well known. Most of the African economies need foreign assistance and investments. Foreign investments are mandatory for growth and development of the African economies and thus, African economies should frame the policies and strategies keeping this in mind.