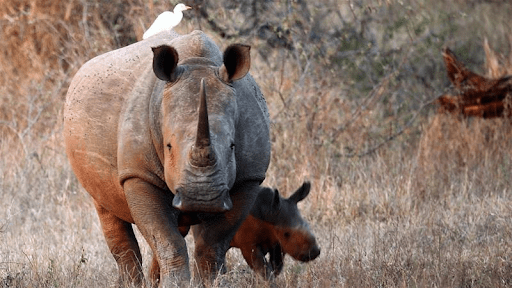 The Ministry of Environment and Tourism has claimed that the rhino poaching has fallen by 63 percent in just one year in Namibia. They had set tough sentences with huge fines for the hunters. Also elephant poaching has come down although it is not practised much.  This year only two were hunted as compared to 13 in 2019.

There were banners saying “Save the Rhino” as South Africa is a shelter to the second-largest white rhino population in the world and Namibia holds one-third  of the world’s remaining black rhinos. Namibia has increased the fines from 200,000 Namibian dollars ($13,431) to 25 million Namibian dollars ($1.8m) and also the prison sentences are now 25 years instead of 20 years.