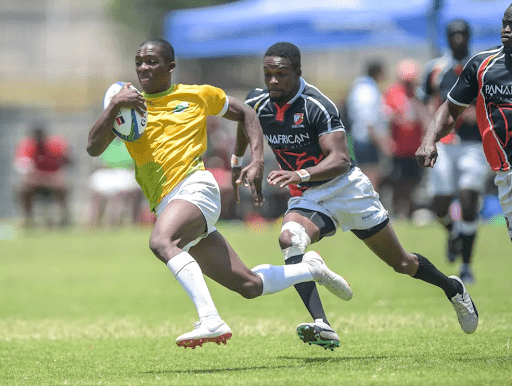 The Regional Sevens West, the first of four qualifying tournaments, will bring together eight countries in Kumasi with the hope of securing a spot in the final qualifying round in April 2022.

This year, a female category has been added to the first qualifying round. Rugby Africa advocates for complete gender equality in men’s and women’s rugby and wants to provide equal chances to all African athletes, regardless of gender.

The two winners of the Western Men’s Regional Tournament will advance to the Africa Men’s Sevens, the final continental match before the Commonwealth Games in Birmingham, United Kingdom, or the Rugby World Cup 7, which will be held for the first time on African soil in September 2022 in Cape Town, South Africa. In order to compete in the Africa Men’s Sevens, federations must be full members of World Rugby. The six top African nations (Kenya, Uganda, Zimbabwe, Madagascar, Namibia, and Zambia) will be joined by eight teams from regional tournaments in this final qualifying event.

The women’s division of the Regional Sevens West will allow one team to qualify for the Africa Women’s Sevens in 2022 based on the same criteria. This event will be held in April in Tunisia and will include the best nine African teams. South Africa, Kenya, Tunisia, Madagascar, and Uganda are already confirmed, and the four champions of regional competitions will be added.

The men’s teams from South Africa and Kenya have already qualified for the Commonwealth Games according to their performances in the HSBC World Series. South Africa’s men’s and women’s teams have already qualified for Rugby World Cup 7 as hosts, although the women’s squad will compete in the Africa Women’s 7s in 2022 in the hope of qualifying for the Commonwealth Games.

As a result, the Regional 7s West of Ghana competition will kick off four regional championships for men and women.

Egypt, Algeria, Senegal, Tunisia (male only), and Libya will compete in the second one for the northern area on December 17-18 in Alexandria, Egypt.

The Regional Sevens South will be held in Mauritius on January 15 and 16, 2022, with teams from Mauritius, Botswana, Zimbabwe (female only), Namibia (female only), Eswatini, Lesotho, and Malawi competing.

Finally, the qualification procedure for the Africa Men’s and Women’s Sevens will be completed on January 22 and 23, 2022, in Kigali, Rwanda, for the Central region, which is scheduled to include teams from Rwanda, Burundi, Cameroon, DRC, Congo, Zambia (female only), and the Central African Republic.