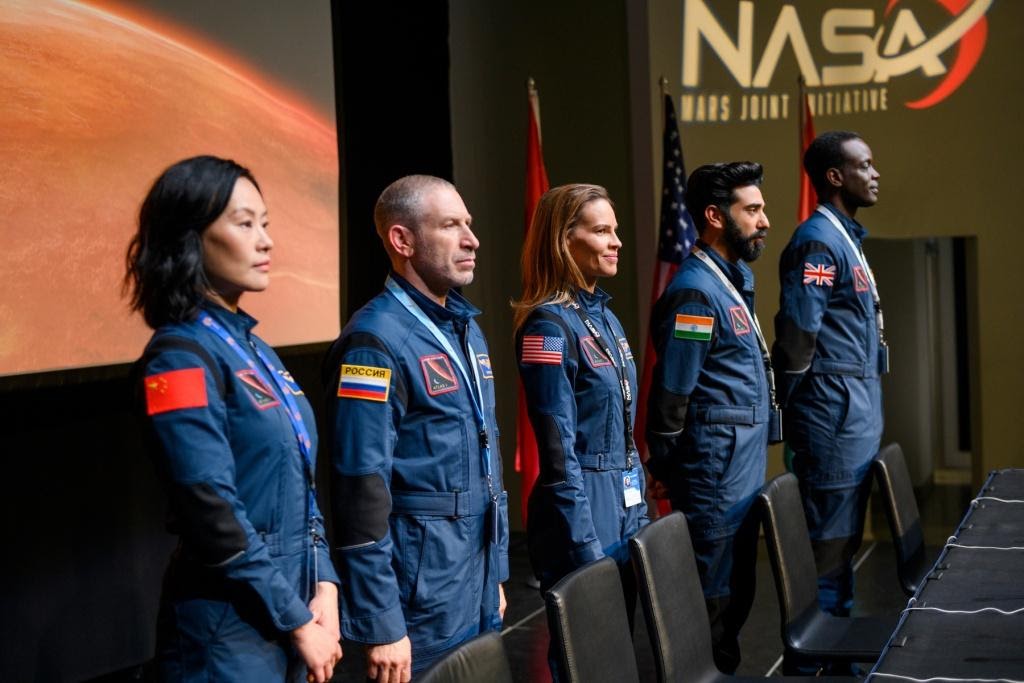 Away is an American TV Drama which is about a dangerous mission to space to find out whether life is possible on Mars or not. Its cast is remarkable. Hilary Swank played Emma Green (American) who is a former navy pilot and commander of the first mission to Mars. Her crew members in the series, Ato Essandoh played Dr Kwesi Weisberg-Abban (Ghana), Mark Ivanir played Misha (Russia), Ray Panthaki(India), and Vivian Wu (China). It is a joint operation of these 5 countries to NASA to make this impossible mission possible. It’s a big-money series opener from Netflix.

Emma begins her journey to Mars for 3 years with her team from the moon but later on, she wrestles with the guilt of leaving her family on Earth, while her international team began to question her abilities as a leader.in the series, it can be seen that Emma struggles to posit herself as an astronaut and as a mother. Both take vast mental and physical tolls on women and both have been compared many times on screen already, although through pragmatic Emma we come closer than ever to seeing a fully-formed female character managing to succeed in both aspects of her life.

Also throughout the series flashbacks can be seen to learn the origin stories of Emma’s fellow crew members, of which Ray Panthaki’s gentle-natured surgeon and Vivian Wu’s secretly gay chemist are the most compelling. Back on Earth, Josh Charles is sometimes stolid as Emma’s NASA-employed husband Matt who suffers from a rare vascular disease, while Talitha Bateman is a standout as the emotionally mature teenage daughter.

From a dazzling spacewalk to the crew drinking bubbles of vodka from syringes, Space is all about resilience. It is no child’s play to be in space for 3 years.

You have to see the odds coming in their way as space takes a heavy toll on everyone. Will their training and teachings make them successful in combating every problem or not?

It is full of suspense, drama, sci-fi based series. You have to see whether the team will make it up to mars or not? Will they succeed in their mission or not? Will the team be the first ones to step onto Mars or not? The audience is already craving for season 2.  Let us see when we will get to watch season 2 of this thriller series.