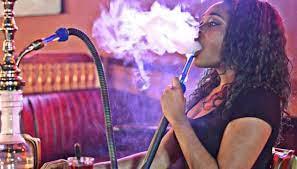 Shisha smoking, including the use of shisha pipes, has been banned in Cameroon bars and at home, on claims of its rising health risks mostly on the young people. It is estimated by the health ministry that around 46% of Cameroon people smoke substances through shisha pipes. The substances are usually a mix of tobacco, glycerine, flavourings and molasses.

Doctors say on the increasing shisha consumption that people believe shisha is not as harmful as cigarettes, however according to the British Heart Foundation, an hour-long shisha consumption session is equivalent to consuming more than 100 cigarettes. The doctors also highlight that traditionally, shisha tobacco is cigarette tobacco, and considering cigarettes have nicotine, carbon monoxide, tar, heavy metals such as lead, arsenic, it makes shisha consumption highly dangerous.

Recently Tanzania also banned the consumption of shisha in its country, followed by Sudan, however, the ban was reversed and shisha was reintroduced in the regions.