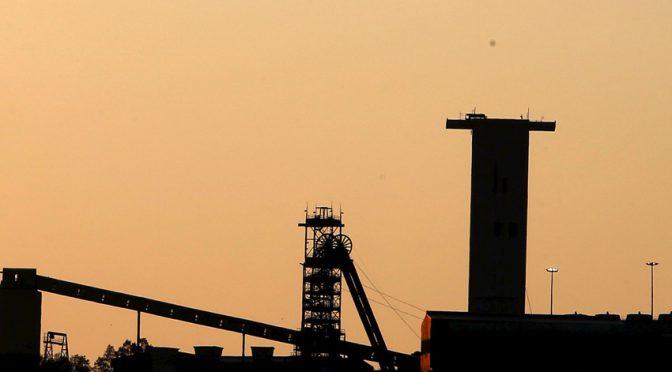 South Africa has adopted a new mining code which increases the threshold of black ownership in mining companies.

Firms who want prospecting rights must be majority owned by black investors, while mine operators must have 36% black ownership, up from 26% percent.

Existing companies will have a year to meet the revised figure.

Share prices in several mining firms fell after the announcement.

The South African Chamber of Mines, which represents the sector, says it will contest the decision in court.

Black people make up around 80%t of the population in South Africa, but even more than two decades after the end of apartheid much of the economy is still controlled by whites.